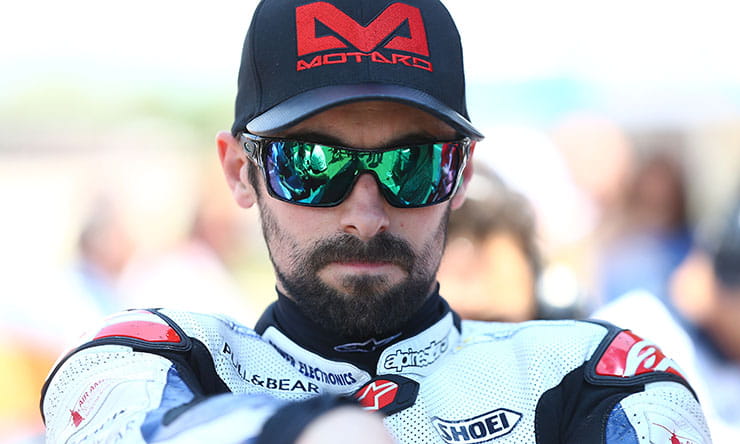 One of the summer’s worst kept secrets has been confirmed today, with the announcement that Eugene Laverty is set return to the Superbike World Championship with the new Milwaukee Aprilia squad.

The Northern Irishman will switch from the Aspar Ducati squad in MotoGP, where he currently lies 11th in the standings, to race a factory-supported RSV4 for the British based team.

Milwaukee Aprilia will be run by the Yorkshire-based Shaun Muir Racing (SMR) team, who will be working with their third manufacturer in as many years. The SMR outfit won the 2014 British superbike title with Josh Brookes on a Yamaha YZF-R1, before switching to BMW power for their debut season in the world championships, with Brookes and Czech rider Karel Abraham.

After a tough year with the German manufacturer, the team will line up with Laverty and 2015 FIM Superstock 1000 champion Lorenzo Savadori, with bikes and technical support direct from the Aprilia factory.

Speaking about the two-year deal with the Italian factory, team boss Shaun Muir said: "For SMR, collaboration with Aprilia Racing for 2017 and 2018 means a real chance to fight for the win. Aprilia has a strong and victorious history in World Superbike and we are determined to continue on the same path. Having Eugene and Lorenzo on board makes this a dream team.

"Without a doubt, Eugene is coming back to WorldSBK for one reason only - to win. Lorenzo, on the other hand, is the fastest rookie and a sure protagonist. I wish to thank Milwaukee, Gulf and all of the partners who are supporting our project."

Laverty, who won 10 races as a factory Aprilia rider across the 2012 and 2013 world superbike seasons, added: "I'm excited to return to Superbike with Aprilia and the RSV4, a bike with which I took ten wins and second place overall in the championship. I hope to be able to pick up where I left off with those results, thanks to the support of Aprilia and a fantastic team like SMR. Everything is in place for us to be competitive straight away."

The confirmation of Laverty and Savadori at the new Milwaukee Aprilia squad is likely to mean the end of Brookes’ tenure in the world superbike paddock. The Aussie is being linked to rides in the MotoAmerica and British Superbike paddocks.