Rea back to business in Misano 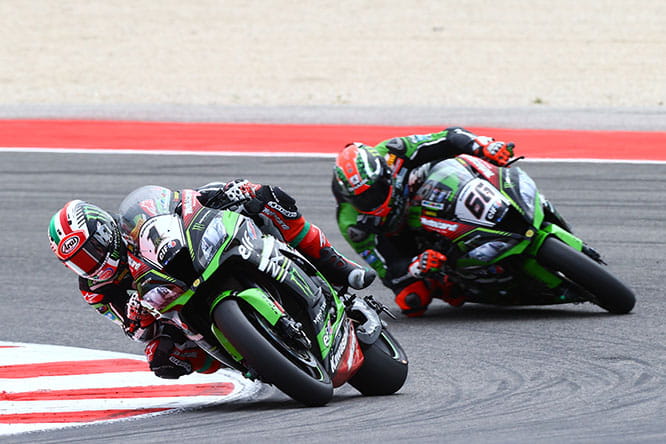 It says a lot about Jonathan Rea’s dominance of world superbikes in recent years that he was suffering a ‘crisis’ after a run of six races without defeat going into the Italian round at Misano Circuit Marco Simoncelli. That he was never off the podium in those six rides tells it all about the Kawasaki riding Ulsterman – has bad days are better than most of the others’ best.

And at Misano he gave the sort of masterclass that suggests he’s going to be hard to beat for the 2016 title. In truth, neither race was a classic, although that has become a common theme of world superbikes in recent years. Both races were a Kawasaki benefit. Saturday’s race saw Rea lead from lights to flag, trailed every inch of the way by his Kawasaki Racing Team colleague Tom Sykes, who just couldn’t find a way past around the tight Adriatic circuit. Sunday’s race was more of the same, albeit with Sykes leading from the flag. Tellingly though, Rea was able to make his move with relative ease in the closing laps to take the double and extend his lead to 66 points over Sykes, with 250 still to play for at the five remaining races.

The weekend’s big loser was Chaz Davies, who struggled for both luck and pace on his Ducati. Qualifying back in ninth, race one saw him shoved off track following an overly optimistic move from Xavi Fores on the opening lap, which also ended the race of Lorenzo Savadori. Worse was to come in Sunday’s race though, as he lost the rear on the third lap and crashed out, taking with him Dutchman Michael Van Der Mark, who had taken the final podium place on Saturday. The Honda rider did well to remount and claim 10th. He now sits fifth in the championship, two points behind Sunday’s third placed man, Ducati’s Davide Guigliano. Davies remains third in the standings, 33 points behind Sykes, but 79 clear of his team mate. 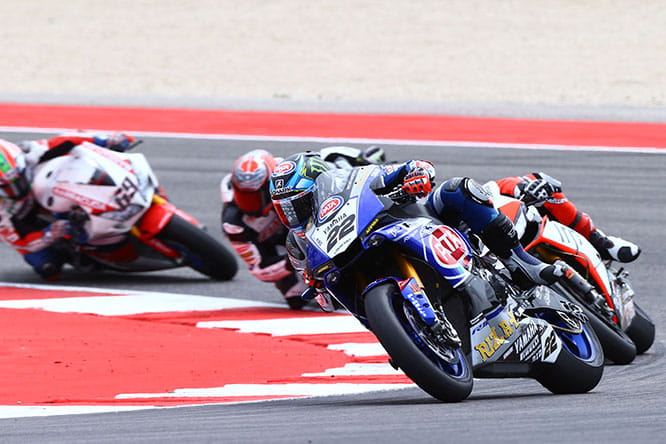 There were mixed fortunes for the other Brits too. Leon Camier took his MV Agusta to a more than respectable eighth on Saturday, before breaking down on Sunday, while Alex Lowes, back from injury on the verbosely monikered Pata Yamaha Offfical WorldSBK Team YZF-R1 ran off track on Saturday but claimed three points for 13th. He was also mixing it in the second group on Sunday, running as high as fifth and coming eventually home eighth.

Speaking after the race, Rea said: “My pre-race target was achieved so I am super-happy. For many reasons I really wanted to win here and to make it a double is incredible. I love racing here; it is where I had my first world superbike race win. Approaching the mid part of the season I had said many times just how important the next two races would be before the summer break, so to make it count this weekend is really good. Race two was a little bit of a different strategy. I set off so fast yesterday but today we used the 377 rear tyre and I think that made the difference. I want to say big thanks to Pirelli because they also brought the 375 tyre, the one we used in race one for the first time this weekend - and the 377, which we won race two with. That was the same tyre we used in Donington, so it is working in cooler and hotter conditions, which is big credit to them. Also credit to my crew because compared to race one we changed the bike quite a lot and we were able to conserve our tyre a little bit better.”

Sykes added: “I think today I was not as strong as I intended to be but probably Jonathan also found something extra, because that is how it looked. Two times second, and pole position, normally that would be an acceptable weekend so I am grateful for those things, but Jonathan is the one who we are challenging in the championship and we lost some ground. There are still five whole rounds to go, so we have a long time remaining. But my focus is not on that yet. We will test at Misano tomorrow and I hope we have clear conditions because I am very interested to find a solution for something. It is basically about turning and it was very clear in sector one of the track today. We will keep working to improve things because I want to win races.”

Making a good day better for Kawasaki, Kenan Sofuoglu won the Supersport World Championship round to extend his championship lead on the company’s ZX-6R.