Defensive Sykes holds off Rea for Race 2 victory in Thailand 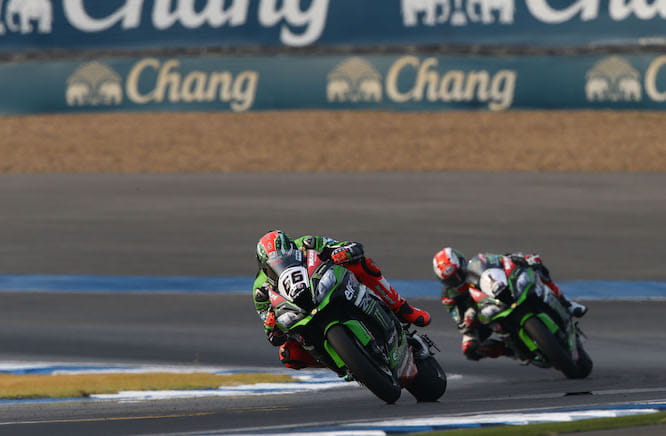 Tom Sykes held off an aggressive attack from team-mate Jonathan Rea to take victory in the second race at the Thai round of the Superbike World Championship.

After losing out in the closing moments of yesterday’s first outing, Sykes darted off the line to take the early lead from Rea and polesitter Michael van der Mark.

Sitting comfortably at the front with Rea never far behind, Sykes controlled the race until the final stages when World Champion Rea launched his attack. However, a mistake for the Northern Irishman soon after taking the lead saw him allow his team-mate back through as well as third-placed Chaz Davies.

Rea regained his composition before slipping past Davies into second before making an assault on the lead in the final two laps. Sykes was having none of it though, with the duo swapping positions corner after corner. 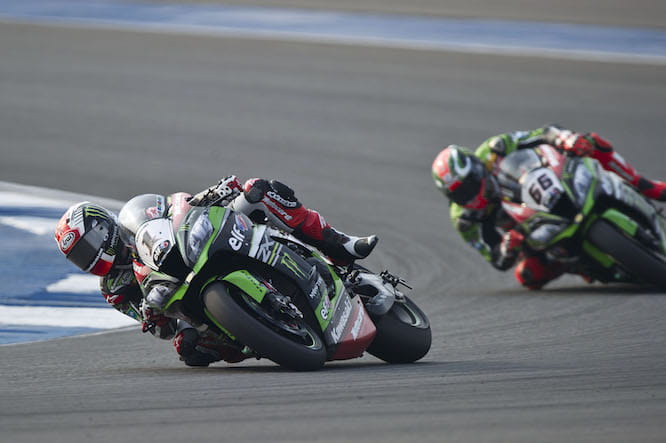 Defensive riding from the Huddersfield man on the final lap left Rea with no way past awarding Sykes his first victory of the year. Davies, who had been sat on the Kawasakis hoping for a mistake, took a comfortable third place.

Rea now leads Sykes in the championship standings by 29 points with van der Mark a point further back in third.