Sykes on record pace to take pole in Phillip Island 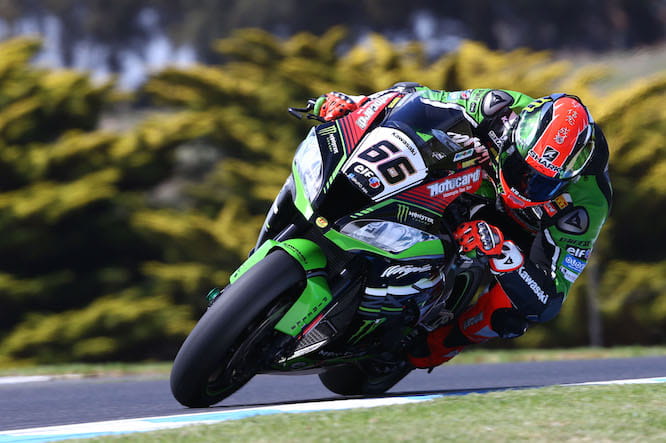 Ducati’s Davide Giugliano led the way early in the SP2 session before the fast laps came in the closing five minutes as riders stuck in their super-sticky Pirelli qualifying tyres.

With just one qualifying tyre to use, at an abrasive track like Phillip Island riders get just one lap to secure the best grid slot available.

Leaving it quite late to post his time, Sykes’ lap of 1’30.020 beat Sylvain Guintoli’s existing circuit record by some 0.018sec to claim pole position ahead of Giugliano, the Italian just 0.078 behind the Kawasaki rider.

World Champion Jonathan Rea completes the front row, admitting he was a little too cautious on his first run with the qualifying tyre.

Aprilia rookie Lorenzo Savadori will start his debut world superbike race in the middle of row three, ahead of 2016 runner-up Chaz Davies who seemed less than impressed with his superpole pace.

Leon Camier rounds out the top ten, ahead of Althea BMW duo of Markus Reiterberger and Jordi Torres.

In the new look World Superbike format, riders will line-up for the first race of the year at 3pm local time (4am GMT). 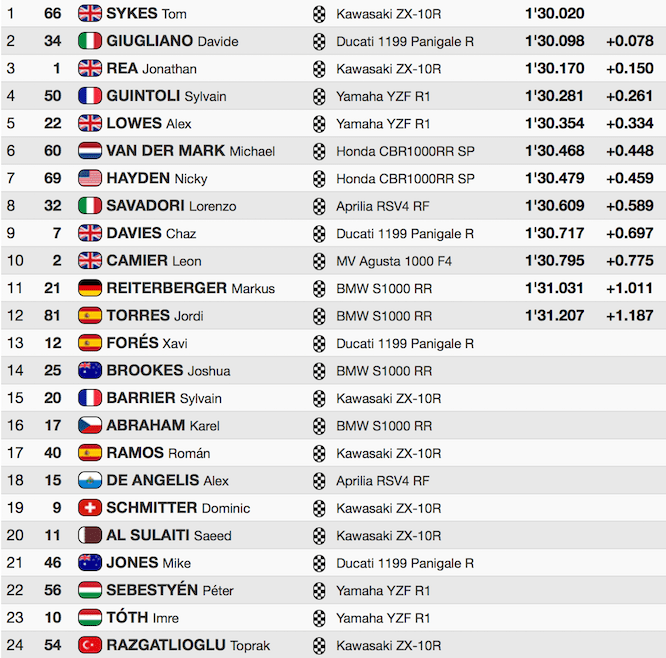