Rea fights off Davies for first win of the year 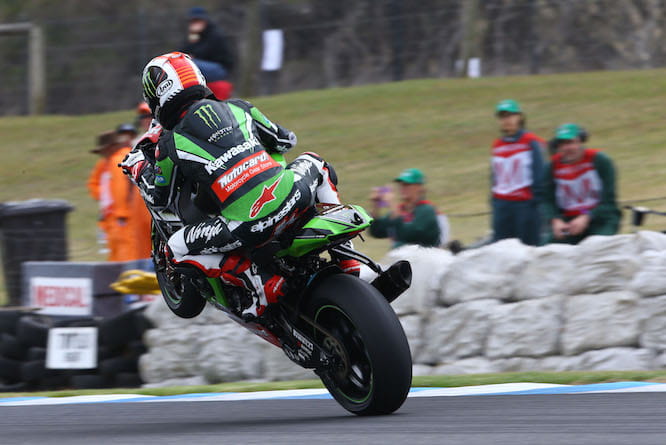 Jonathan Rea started the 2016 World Superbike season where he left off, fending off a strong attack from Chaz Davies to win a barnstormer of a first race in Phillip Island.

The first half of the race saw no fewer than nine riders in contention for the lead with Rea taking the holeshot into turn one, but it wasn't long before Tom Sykes made a move to take the top spot from his team-mate.

Having made a rocketship start from ninth on the grid, Davies looked to be a strong contender from the off along with Ducati team-mate Davide Giugliano. An aggressive Michael van der Mark was also in the mix.

Rea took the lead from Sykes on lap eight with the Yorkshireman then falling back to sixth place as his tyre began to drop off. 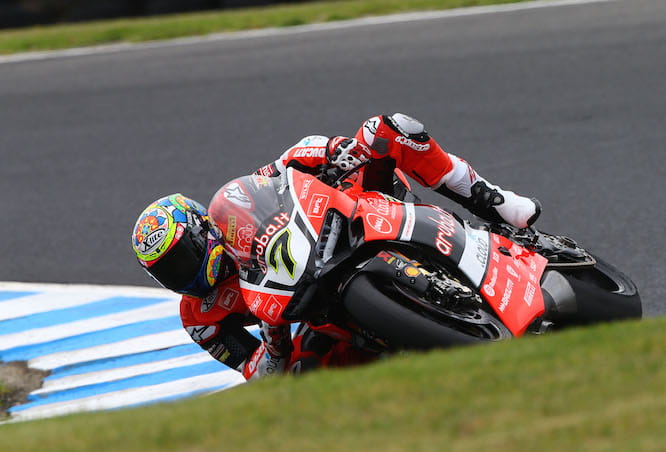 van der Mark dropped back with two to go, leaving a straight fight between Rea and Davies in the final two laps. The Welshman stalked the Northern Irishman, waiting for an opportunity to make a pass stick, finally making his move at MG on the last lap. However, Rea immediately fought back with the true form of a world champion to beat the Ducati rider to the first win of 2016.

van der Mark took a career fourth podium in third, ahead of Giugliano and Tom Sykes.

Having been in the mix early on, Sylvain Guintoli took sixth place on Yamaha’s return to World Superbikes ahead of a strong ride from MV Agusta’s Leon Camier in seventh.

Jordi Torres finished eighth ahead of Nicky Hayden, who had fought for the podium until his tyre faded in the closing stages as he gets used to the Pirelli World Superbike rubber.

Josh Brookes rounded out the top ten in a remarkable first race for the Milwaukee BMW team, the Australian having been as low as 19th in the first laps.

Althea BMW’s Markus Reiterberger crashed out of a top ten finish, as did second PATA Yamaha man Alex Lowes while both Xavi Fores and Alex De Angelis retired from the race. 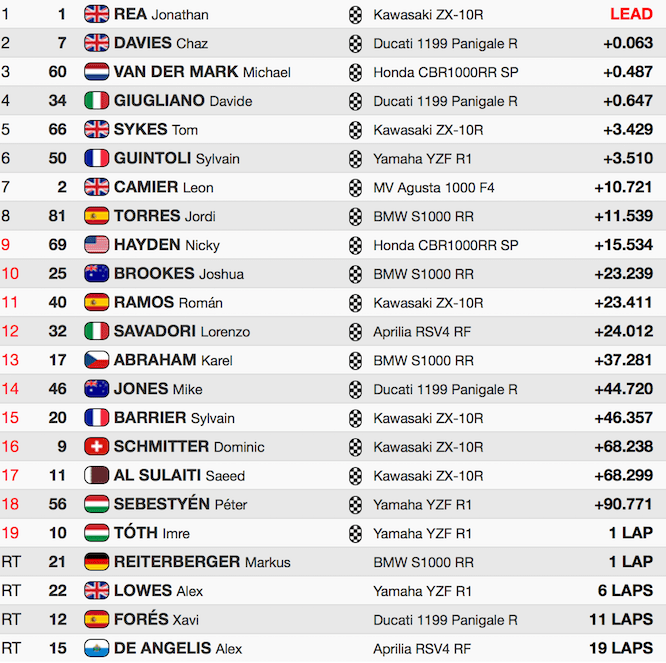