Double for Rea Down Under 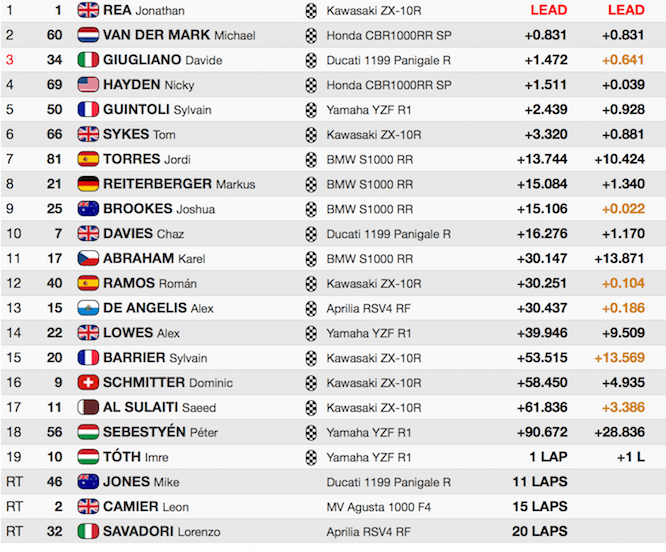 Jonathan Rea put in a faultless performance to complete the double at the opening round of the 2016 World Superbike Championship at Phillip Island.

Chaz Davies and Michael van der Mark were once again Rea’s biggest rivals, but neither could overhaul the Northern Irishman, who played it cool and didn’t put a foot wrong to take his 31st career victory.

Tom Sykes took the holeshot into turn one and retained the lead despite an early challenge from Rea. Davide Giugliano ran third with a strong start from PATA Yamaha’s Alex Lowes seeing him slot into fourth.

However, an unknown problem forced Lowes out of the points at Lukey Heights as Chaz Davies forced his way through the pack behind the Honda of van der Mark.

Having cooked his front tyre yesterday, Nicky Hayden kept it cool at the start of the race before making progress at half distance to overtake Giugliano for fifth.

A mistake from Tom Sykes saw the Kawasaki man slip back to fourth place, handing the lead to Jonathan Rea as Davies and van der Mark also sneaked through.

Looking strong, van der Mark took the lead into lap 12 with Davies latched on to the rear of Rea’s Kawasaki. 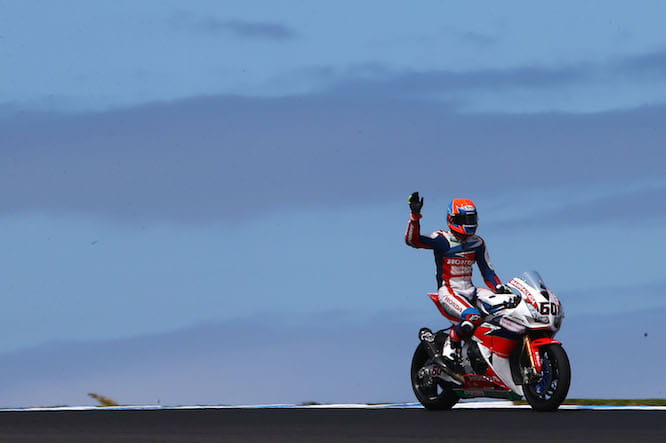 van der Mark lost the lead following a small mistake with three laps to go, allowing Rea and Davies to build a slight gap but the Dutchman was back on the leading duo into the closing two laps.

Knowing he had to find something extra after missing out yesterday, Davies made his first move with two to go but Rea came back into turn one on the final lap. Keen to get back to the front, Davies made an early move but was a little too much for the Ducati man, who lost the front and slid out of the race.

Unable to find a way past Rea, van der Mark was forced to settle for second with Nicky Hayden narrowly missing out on a debut World Superbike podium to Giugliano on the final lap.

Guintoli crossed the line fifth to round out a strong return to World Superbikes for Yamaha with Sykes completing the top six ahead of the BMW’s of Jordi Torres, Markus Reiterberger and Josh Brookes.

Having remounted his Panigale R, Davies crossed the line to salvage six points in tenth.

After just one round, Rea leads the championship by a commanding 14 points from Dutchman Michael van der Mark with Davide Giugliano ahead of team-mate Chaz Davies in third.