Sykes storms to pole at Assen 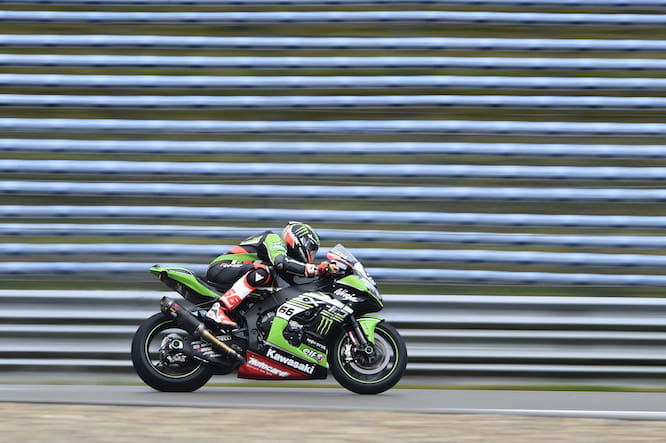 Kawasaki’s Tom Sykes demolished the World Superbike field to take pole position for the fourth round of the 2016 season at the iconic TT Circuit Assen.

The 2013 World Champion cruised to his third pole of the season and 31st in his career to deny Sylvain Guintoli the top spot. The Frenchman will start from the middle of the front row for the second successive round on the PATA Yamaha.

Superpole was the first time riders took to the track in dry conditions after a sodden Friday and damp Saturday morning.

Markus Reiterberger qualified seventh after fighting through from Q1 ahead of Xavi Fores and his BMW team-mate Jordi Torres.

Nicky Hayden rounds out the top ten ahead of Aprilia’s Lorenzo Savadori and Alex Lowes who fell in the late stages of SP2.