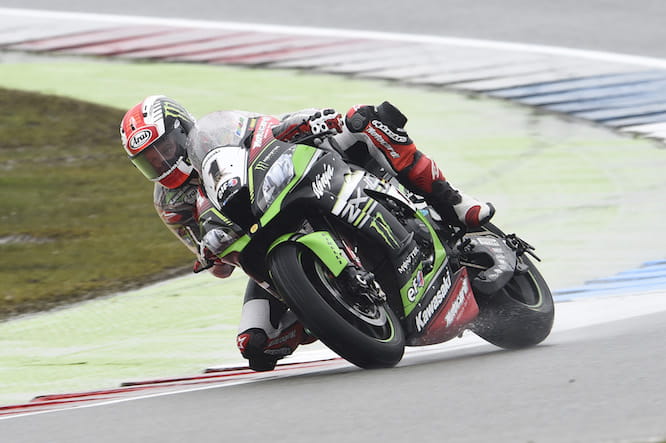 Jonathan Rea returned to winning ways at the TT Circuit Assen in the fourth round of the 2016 Superbike World Championship, holding off a tough challenge from Chaz Davies and Michael van der Mark.

The Northern Irishman first took the lead from team-mate Tom Sykes in the early stages but it wasn’t long before Davies bossed the Ducati Panigale to the front, where he’d remain until the final five laps.

Sykes dramatically crashed out at the mid-point trying to make a move for third at the Timmer chicane leaving Rea, van der Mark and his Honda team-mate Nicky Hayden to chase down the Ducati up front.

Rea and van der Mark battled hard for second place, but Davies couldn’t quite bridge a gap to the duo with Rea eventually forcing his way through to take the lead before the Welshman was then duffed up by the Honda of van der Mark.

Van der Mark took the lead for the first time with three laps to go but Rea put up a strong fight. Determined to take his maiden victory, van der Mark persisted to push but tucked the front on the penultimate lap.

Having lost time behind van der Mark’s crash, Davies was left with work to do if he was to stop Rea from taking victory and the challenge proved insurmountable on the final lap, leaving Rea to take his fourth win of the year.

With van der Mark crashing out, Nicky Hayden took his debut World Superbike podium in third ahead of a valiant Leon Camier in fourth on the MV Agusta. 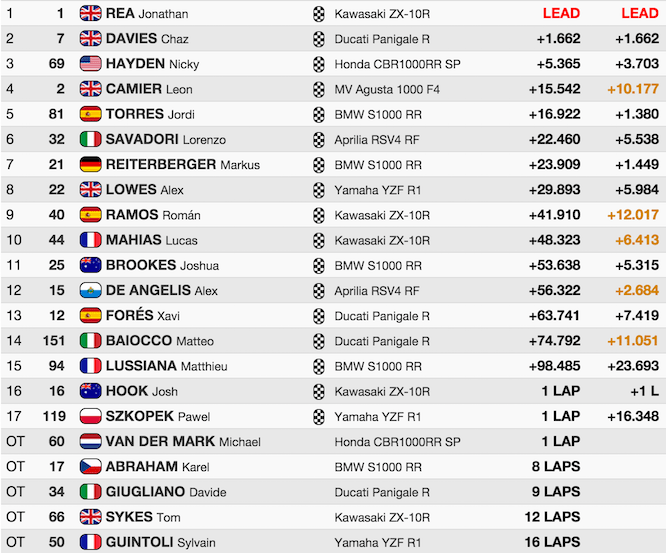