Intelligent victory for Rea in tricky conditions at Assen 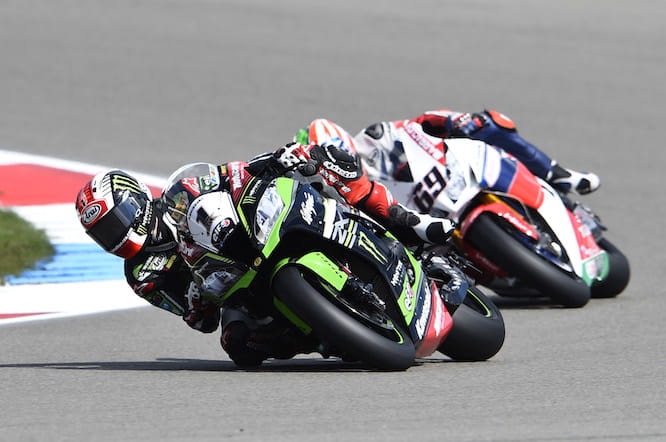 After a dry morning, the rain came down during the Supersport race leaving the track sodden ahead of the litre class heading out at midday. However, with the sun shining it’d only be a matter of time before the track was to dry.

Everyone but Sylvain Guintoli started on full wets, knowing they’d have to stop to switch to dry tyres at some point during the race. Rea and team-mate Sykes took an early lead but it wasn’t long before they were batted back through the pack.

It was Josh Brookes on the Milwaukee BMW out to surprise as he charged through the pack in the drying conditions, taking the lead with 13 laps to go, Brookes was followed closely by the Honda’s of Nicky Hayden and Michael van der Mark plus the Ducati of Chaz Davies.

As the track began to dry rapidly, it turned into a game of tactics. Barni Ducati’s Xavi Fores was the first man in the top six to pit but his timing was slightly too early as he struggled to catch the front runners.

Rea and Sykes on the other hand nailed it, heading pitting at the same time and returning to the track some 40 seconds behind the leading trio. After just one lap, the Kawasaki’s were lapping ten seconds quicker than their rivals up front.

By the time Brookes, Davies and Hayden pitted for dry rubber the time they’d lose in the pits would see them significantly behind the Kawasaki duo. Pushing hard on his new tyres, Brookes’ commendable ride came to a cruel end as he crashed out shortly after leaving the pits.

With Sykes having erred on the side of caution and taken intermediate rubber, he was no real challenge for Jonathan Rea on slicks with the Ulsterman cruising to his ninth victory at the Dutch circuit to further extend his championship lead.

Michael van der Mark took third and a home podium ahead of a valiant ride from Aprilia’s Lorenzo Savadori.

Chaz Davies lost the ground he’d made up with his double victory in Aragon two weeks’ ago crossing he line fifth ahead of the second Honda of Nicky Hayden.

Alex Lowes finished seventh ahead of Ducati’s Davide Giugliano and Xavi Fores. Leon Camier rounded off a strong weekend on the MV Agusta in tenth. 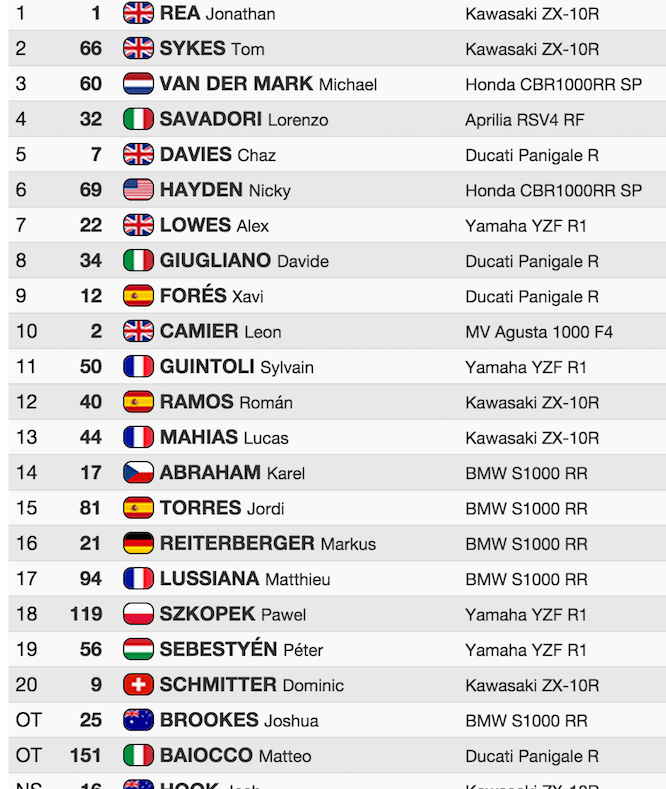