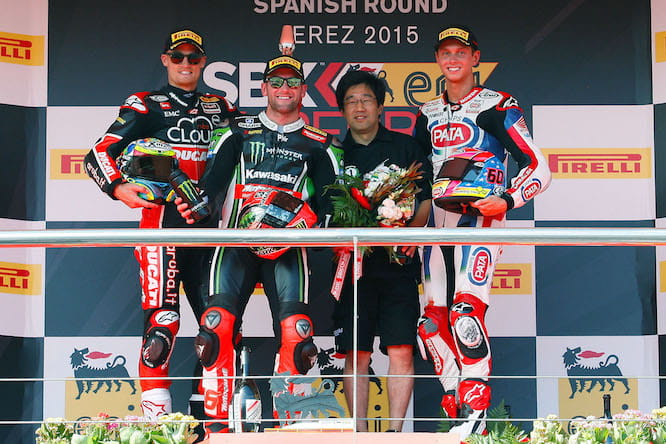 Tom Sykes and Chaz Davies shared victory at Jerez today as Jonathan Rea was crowned World Champion despite scoring his worst results of the season.

Sykes took the lead from pole position on lap one, closely followed by team mate Rea who needed just a top ten finish to clinch the title.

Suffering a few front-end issues, Rea dropped back towards the mid-point with Davies, Michael van der Mark and Leon Haslam also fighting for the podium.

Davies managed to pull away in second, with Dutchman van der Mark moving into third.

Rea finished fourth to secure the crown, ahead of Leon Haslam on the Aprilia with Michele Pirro rounding out the top six. 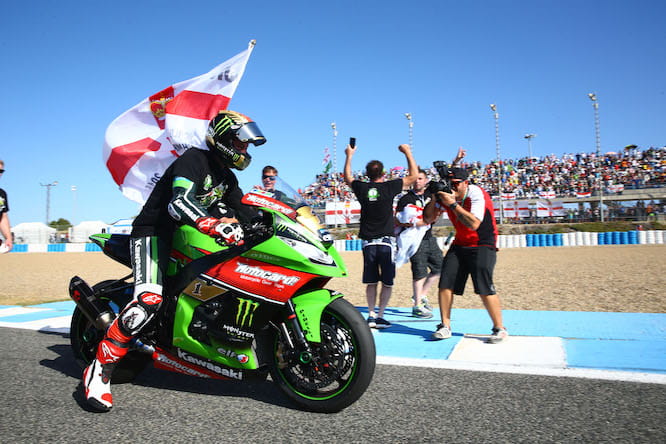 Sykes once again shot in to the lead in race two and began to pull a gap ahead of Chaz Davies and Jordi Torres, but the Yorkshireman hit tyre degradation problems from the mid-distance, dropping back through the pack.

Inheriting the lead through Sykes’ problems, Davies pulled the pin to build a comfortable gap and take his fourth victory out of six races.

Aprilia duo Torres and Haslam completed the podium, ahead of newly crowned champion Rea, who once again took fourth ahead of team-mate Sykes and Biaocco.