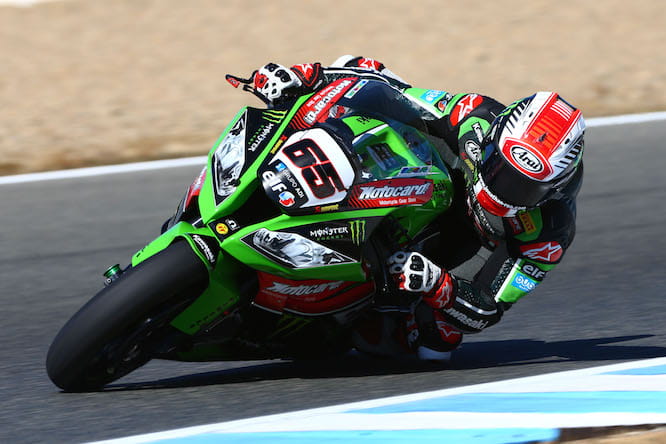 After dominating the first ten rounds of the 2015 World Superbike season, Jonathan Rea is on the cusp of clinching the title in Jerez this week.

The Northern Irishman needs just six points from Sunday’s two races to be crowned world champion having taken 12 victories and a further eight podiums so far this season.

A top ten finish would be enough to secure the Kawasaki Racing rider the title, but despite this he’s planning to do it in style, with his eyes firmly set on the top step.

“It’s all still very much a dream,” said Rea, speaking in Jerez. “Since I was a child I dreamt of being in this position so I still can’t quite believe it. I never expected to be able to possibly win the title three rounds from the end but everyone has done such an amazing job and worked so hard.”

Having taken three wins out of the last four races, Ducati’s Chaz Davies is now Rea’s ‘closest’ title contender but the Welshman sits some 144 points behind his Kawasaki rival.

The title fight may almost be over, but the scrap for second has only just begun. Tom Sykes trails Davies by 13 points, with Haslam a further 36 points back.