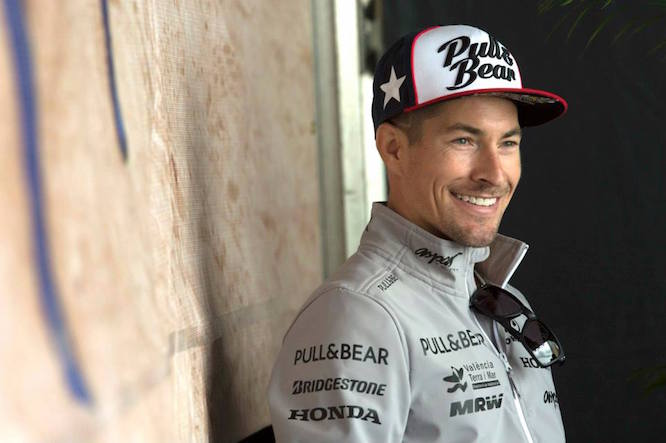 2006 MotoGP World Champion Nicky Hayden is reportedly close to a deal that will see him move to the Superbike World Championship for 2016.

The Aspar Honda GP rider is said to be close to a deal with the ten Kate Honda squad that would see him look to become the first rider to win the title in both World Superbikes and MotoGP.

Following several reasonable years with Ducati, Hayden’s Grand Prix career has slowly fizzled out with the American star moving into the secondary ‘open class’ with Aspar Honda in 2014, where he struggled with the uncompetitive production Honda while continuing to suffer from a long-standing wrist injury.

Hayden is believed to have considered a World Superbike switch when booted out of the factory Ducati MotoGP team in 2013 and again with Aprilia for the 2015 season, but it transpires that the Kentucky Kid will finally make the move with Honda, the manufacturer with whom he took his 2006 world title.

Word from inside the Ten Kate Honda camp, which is currently running under the PATA crisps banner, suggests the deal is pretty much done with the team just waiting on final confirmation from Hayden.

It is believed Hayden’s other options include a testing role with KTM, who are set to join the MotoGP grid from 2017.