Double joy for Rea in France 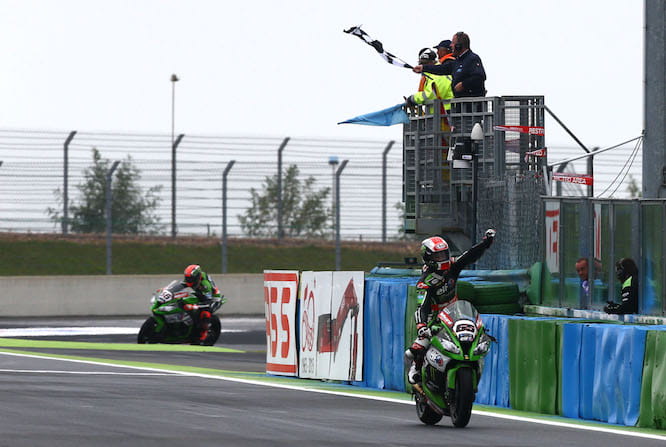 Jonathan Rea continued his dominant World Superbike season with his fifth double win of the season at Magny Cours.

It was Rea’s team mate, Tom Sykes who got the best start and went on to lead most of the race but a mistake for the Yorkshireman saw Rea take advantage in the second half of the race.

Sykes’ eventually finished 4.7 seconds behind Rea, who celebrated his first victory at the French circuit.

The podium was completed by Sylvain Guintoli, who kept his consecutive run of podium finishes at his home circuit in tact with a strong ride ahead of team mate Michael van der Mark, who got the better of MV Agusta’s Leon Camier and Matteo Biaocco.

Alex Lowes rode a solid race after a huge spill in Superpole yesterday to claim eighth ahead of Leandro Mercado and Niccolo Canepa who completed the top ten.

Rea’s victory in race two saw him secure his 22nd podium this season, beating Chaz Davies and Tom Sykes, who continue their duel for second in the championship.

Michael van der Mark took a strong fourth place ahead of Leon Haslam, who fought hard with the Dutchman until the closing moments.

Sylvain Guintoli completed one of his stronger weekend’s of the year in sixth, ahead of Niccolo Canepa and Jordi Torres. Alex Lowes completed the top ten. 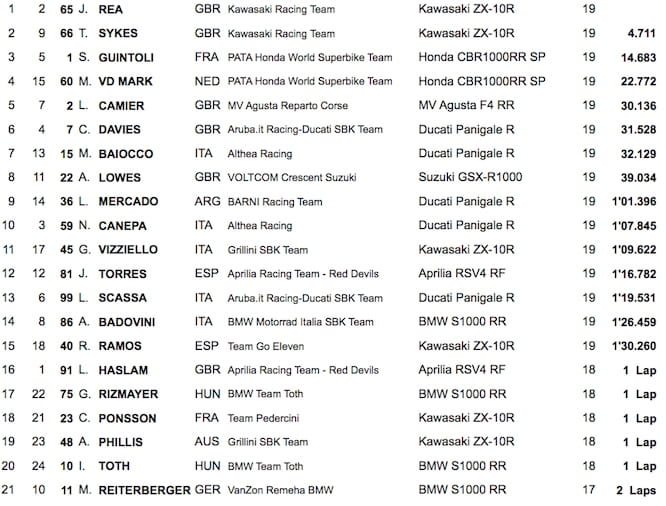 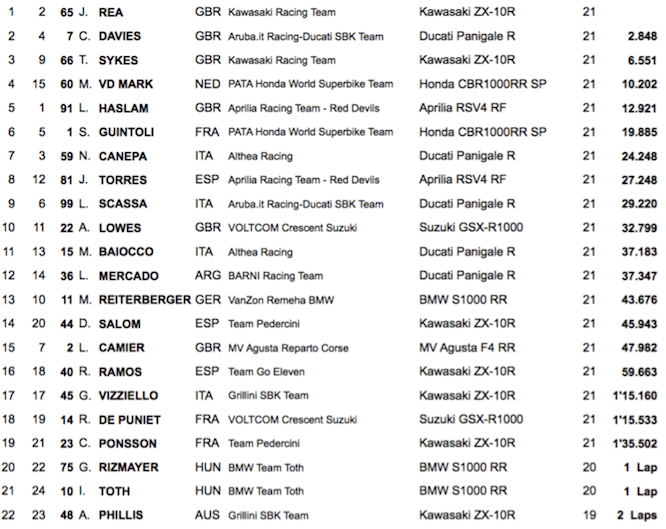