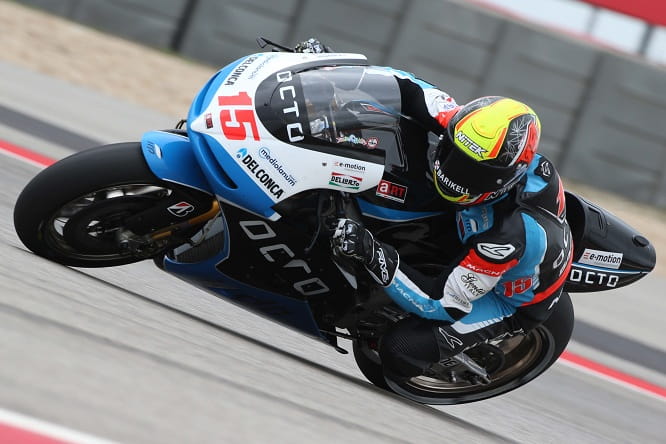 MotoGP rider Alex De Angelis is said to be in a stable condition following a horrific crash at the weekend’s Japanese Grand Prix.

The red flag was brought out in free practice four on Saturday as the Sammarinese rider fell heavily from his IODA Racing Aprilia ART.

He was airlifted to hospital, where he was initially diagnosed with a number of fractured vertebra and broken ribs and a lung contusion. An early CT scan showed no initial damage, but on Sunday the Italian developed an intracranial edema (bleeding in the brain).

A team update on Tuesday said De Angelis had been talking to doctors at Dokkyo University Hospital, where he remains in intensive care.

Another statement issued today read: “The clinical condition of Alex De Angelis, after the tremendous crash in FP4 in the Japanese GP at Motegi, is stable. Both the pulmonary and intracranial edema are under close observation by the Dokkyo University Hospital’s doctors.”

Tomorrow De Angelis will undergo a number of specific tests to check the status of his lungs, followed by an MRI scan in the coming days to monitor intracranial edema.