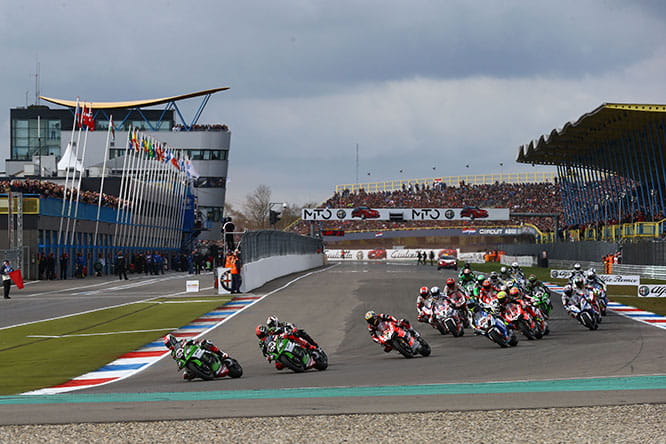 World Superbike bosses have today released the calendar for the 2016 season, which will be held over fourteen rounds.

The calendar features its biggest overhaul in recent years, with the re-introduction of the iconic Autodromo Nazionale Monza and return to the Lausitzring in Germany.

The fate of the Portuguese round at Portimao has finally been sealed, with the Algarve circuit removed from the calendar after struggling to find the cash to pay the sanctioning fee.

The season will once again start at Phillip Island in Australia on 27-28 Feburary, with the Thai round now two weeks later at the Chang International Circuit.

The British round takes place at Donington Park over 28-29 May.

The almost two-month long summer break remains, with no action between the round at Monza (still subject to homologation) on 23-24 July and the series’ return to Germany on 17th September.