Leon Haslam: 'Broken ribs won't hold me back at Donington' 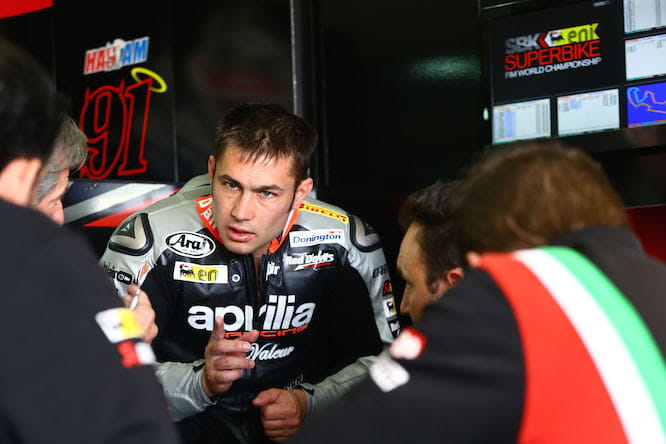 Leon Haslam has said that the injuries he sustained in a huge crash at Imola will not hold him back at this weekend’s British round of the Superbike World Championship at Donington Park.

The Red Devils Aprilia rider crashed out of contention during the second race at the Italian circuit less than two weeks ago in what he has described as one of the biggest highsides he’s ever had.

However, the Derbyshire resident insists that won’t hold him back at his home round this weekend: “The ribs are going to be sore but it won’t be holding me back in any way”, he said. “As long as we can keep on top of the pain itself with the ribs it shouldn’t restrict me in any way physically and I should be able to perform the way we want to.”

Despite the crash, Haslam still sits second in the championship standings after his strongest start to a World Superbike season since 2010. The former championship runner-up won at the first round in Phillip Island and has taken four further podiums to cement his position as a title fighter.

However, three fourth place finishes and a DNF out of the last two rounds has left Haslam trailing runaway championship leader, Jonathan rea, by 87 points as they return to home soil.

“It’s going to be super competitive this weekend”, Haslam continued. “I think the circuit will suit the Aprilia more than the last few tracks, but at the same time, the Kawasaki has a pretty impressive win record at Donington, especially with Tom Sykes. 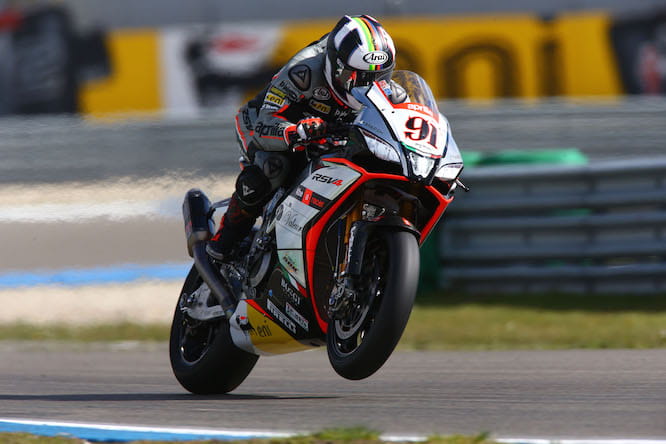 “Jonathan has been able to beat him at every race this year but I expect those two will be challenging for the top spot and I want to be in the fight at the front with them – I’m definitely determined to stop Jonathan’s run!

“We knew the last three tracks at Assen, Aragon and Imola were going to be tough and would suit both Jonathan and the Kawasaki, but I feel we’ve got the most out of each of those circuits with the results we got, apart from the mistake at Imola.”

While Haslam is one of six British riders heading for their home round this weekend, if anyone knows the circuit best it’s him. He grew up just a couple of miles away from the circuit with former Grand Prix racer father Ron, who now runs a race school at the Leicestershire track. There are few riders who have done as many laps around the 2.498 mile circuit as he has.