Troy Bayliss to return to retirement 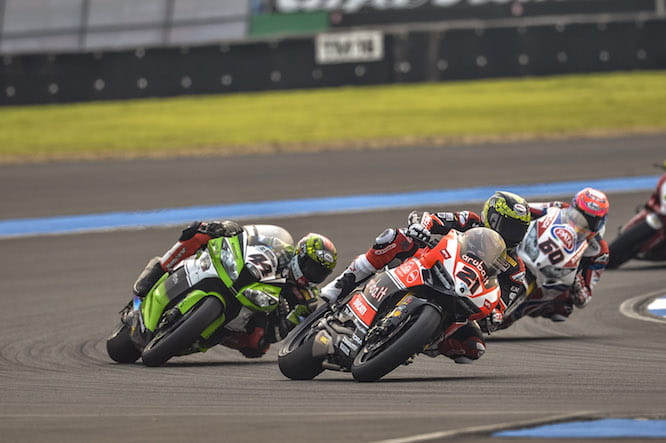 Troy Bayliss has announced that he will return to retirement after participating in two World Superbike races as a replacement for Ducati’s Davide Giugliano.

The three-time World Champion made a shock comeback last month at Phillip Island after a pre-season testing injury forced Giugliano out for the opening round of the championship.

After enjoying his first races in seven years, Bayliss decided he’d stick with the team for the inaugural Thai round this weekend igniting hopes he could make a European return at Aragon next month with Giugliano not expected back until Imola.

He enjoyed a strong weekend in Thailand, qualifying in a respectable seventh place before bringing his Panigale R home in the top ten in race one, but now the Aussie legend has said enough is enough.

“It’s been fun, I came back in particular circumstances and wanted to do one more event after Phillip Island to see how it would go”, Bayliss explained. “I love racing, Ducati and the people that work here and it’s been really great to race with the Panigale R Superbike. I was lucky enough to finish my career fit and healthy and I’ve seen that I can still be fast, but now I am ready to return to enjoying life with my family in Australia. I want to thank everyone for their support and now I leave things to the young talents.”

Bayliss will participate in a few promotional events for Ducati in Thailand before returning home to be with his family in Australia on Wednesday.

Ducati test rider Michele Pirro is tipped to be brought in to replace Giugliano at Aragon, with Xavier Fores also thought to be on the cards should Pirro’s MotoGP or Italian Superbike duties conflict with the world superbike schedule.