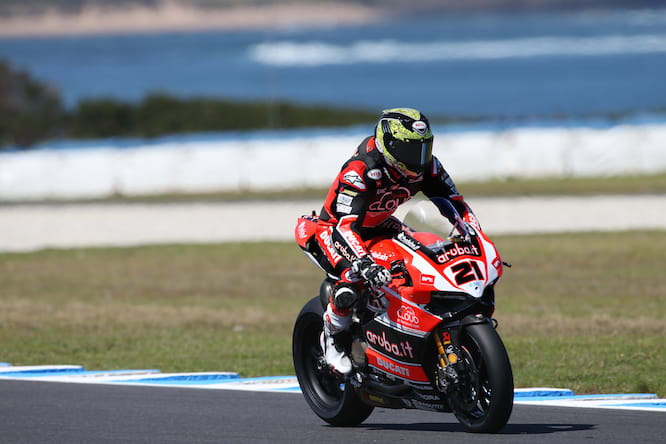 Bayliss made a shock comeback at Phillip Island last month to substitute for the injured Davide Giugliano, some eight years after he hung up his leathers in 2008.

The three-time champion endured a tough weekend on the all-new Panigale R but showed promise in both races before suffering with tyre issues. He finished 13th and 16th.

“I thought that maybe I wouldn’t have the pace to be able to run with these guys anymore but instead I’ve seen that I can still be fast and, if it hadn’t been for the tyre issue, I think I could have done a lot more,” he said after the weekend. “So I don’t know, it’s a pity I didn’t have more time on track, and I didn’t have time to train properly ahead of the event of course, but all in all it’s been a really fun weekend, and in many ways it feels like nothing has changed since 2008.”

With Giugliano out until at least Donington, Bayliss is now expected to ride at the second round in Thailand (20-22nd March) with further speculation that he could be set to make his European return at Aragon next month.

The Aussie posted a message on his Facebook page early this morning reading ‘see you soon’ with a picture of him in his Aruba.it Ducati leathers.