An introduction to the Chang International Circuit with Gary Johnson 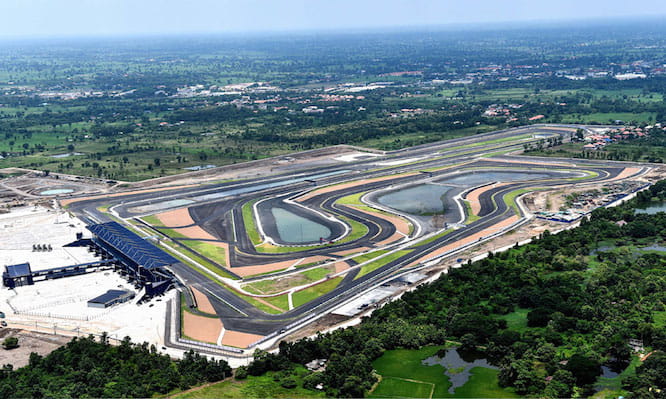 The Superbike World Championship visits a new circuit this weekend for the first time since its inaugural trip to Russia in 2012. The Chang International Circuit in Buriram, Thailand hosts the second round of the 2015 championship and it’s set to present a whole host of new challenges to some of the world’s best riders.

Opened in 2014, the Chang International Circuit (named after it’s major Thai beer sponsor) presents a new challenge for the World Superbike boys. A combination of tight and twisty and fast and flowing turns and long straights will put each of the litre sports bikes through their paces over two races in grueling temperatures of up to 40 degrees.

Isle of Man TT star Gary Johnson was out in Thailand in the winter and took a spin around the circuit… “It’s a great circuit, it’s in a great condition as you’d expect from a new track”, he told Bike Social earlier this month. “It’s been designed well, there are places to overtake. There’s a good three or four corners that lead people in for an overtaking manoeuvre that could cause a few accidents as they really pull you in.

“There are fast corners, a few flip-flops, it’s got the lot. The last few corners are quite difficult to make a pass but the final corner has good run off area leaving lots of space for lunges! I think we’ll see some great racing.” 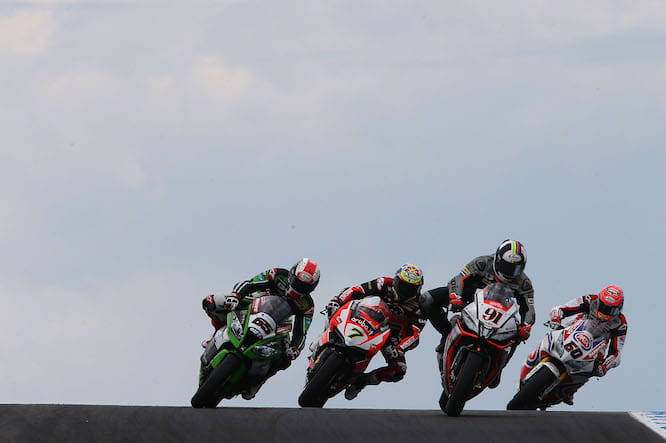 When asked if he thinks the circuit could favour any particular manufacturer, Johnson replied: “There’s a massive long straight but it is quite tight in places too, there are a fair few right-angled corners but there are fast sweepers too. You’ll need a bike that turns well but it’s also got a humongous long straight so you’ll need stability and power too. Fast bikes will be good there, you need a fast bike for half the circuit and a nimble 250 GP-like bike for the rest!”

With temperatures set to hit 40 degrees in the midst of the Thai summer, riders will be under an immense physical pressure. Most of the boys will be used to this having raced at Sepang last year. Keep an eye on Leon Haslam, Michael van der Mark and Jonathan Rea who are all seasoned Suzuka 8hr men.

WHO TO LOOK OUT FOR

It was almost a month ago that the World Superbike season got underway in Australia but most of us won't have forgotten the two epic races we were treated to. Four way battles for the lead in both outings led to dramatic finishes and two all-British rostrums, with a victory apiece for Jonathan Rea and Leon Haslam. Expect these guys to be strong once again, with Chaz Davies and Michael van der Mark in the mix too. Not forgetting 2013 World Champion Tom Sykes of course! He'll be hot on the heels of his competitors after a tough weekend in Australia. Back for just his second race in six years, Troy Bayliss will take to the grid once again in place of injured Davide Giugliano. The three-time world champ will be looking to benefit from the extra track time as he gets used to the Panigale R race bike.

Keep up with all the latest World Superbike news across the weekend here.