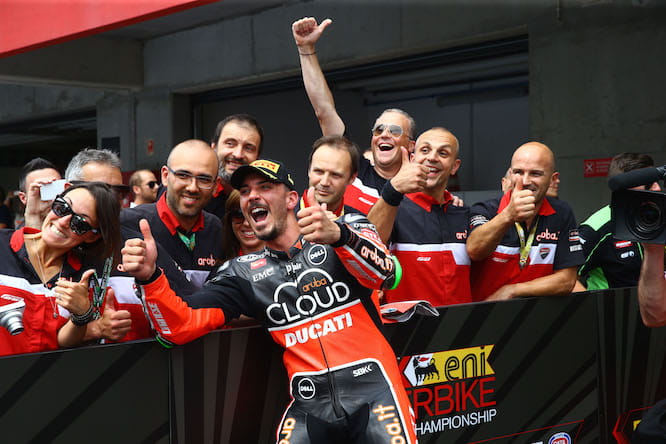 Rejuvenated Davide Giugliano scored his second pole of the season in qualifying for tomorrow’s Superbike World Championship races at Portimao in Portugal, with Brits Tom Sykes and Chaz Davies completing the front row.

Italian wildman Giugliano, who missed the first four rounds of the season with a nasty back injury, gunned his Ducati 1199R around the demanding Algarve circuit with a lap of 1:41.764 to snatch the pole position from 2013 champion Sykes in the final minutes of the session.

Alex Lowes heads up the second row with an impressive performance on the Voltcom Crescent Suzuki GSX-R1000. The former British champion missed out on automatic qualification to Superpole 2 after finishing up outside the top 10 after the first three practice session. The 24-year-old dug deep to dominate Superpole 1 and went even quicker to narrowly miss out on a front row. 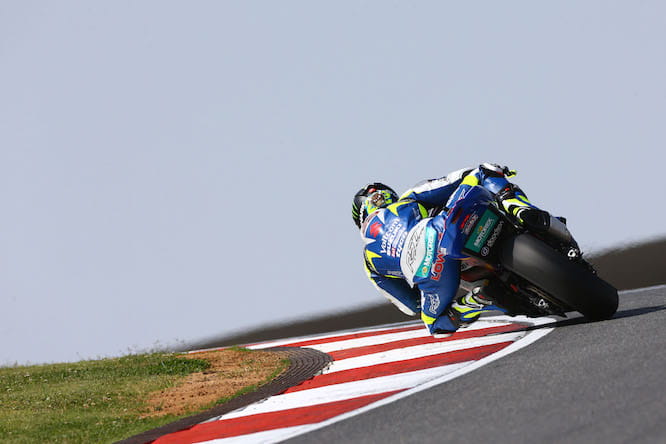 Fifth went to the still injured Leon Haslam fifth. The Aprilia rider is returning to full fitness after breaking three ribs in Imola, but has impressed throughout the weekend and topped the free practice session prior to superpole.

Meanwhile, championship leader Jonathan Rea will start from a lowly eighth place after crashing on his flying lap. Quickest going into the grid deciding session, the Northern Irishman headed the field after setting a time of 1:42.902 on his first superpole lap, only to crash out at turn three. Leon Camier will start 14th on the MV Agusta.