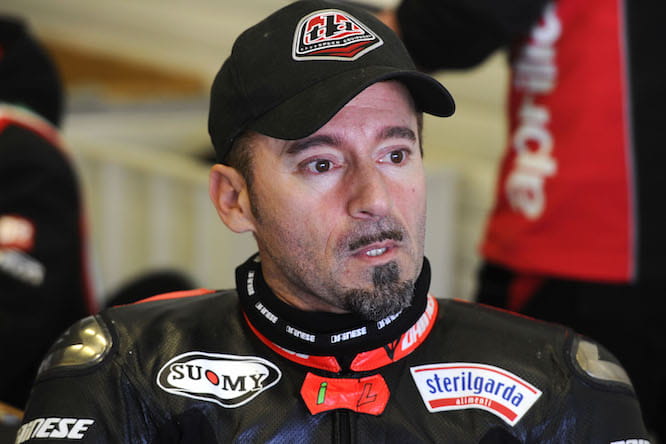 Max Biaggi will make a comeback to competitive racing next weekend with a wildcard appearance in the Superbike World Championship at Misano.

The six-time World Champion will also ride at the Sepang round in July, joining Leon Haslam and Jordi Torres on the Red Devils Aprilia.

Biaggi retired from racing in 2012 after clinching his second World Superbike title by just half a point from Kawasaki’s Tom Sykes, but the former Grand Prix rider has remained involved in the sport as a test rider for Aprilia.

The Italian isn’t the only world champ to make a comeback this year, in February three-times World Champion Troy Bayliss returned to action after retiring in 2008.