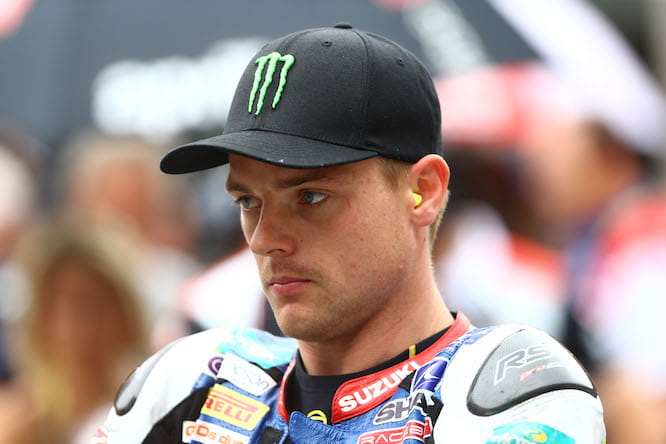 Voltcom Suzuki World Superbike star Alex Lowes looks set to move to Yamaha on a two-year deal for the 2016 and 2017 seasons.

Rumours suggest that Lowes could be close to securing a deal with Yamaha to race a YZF-R1 in World Superbikes, although it is not yet known with which team.

Sources say the deal isn’t done, but looks to be the most likely option for the 24-year old British rider.

A number of teams are said to be in the mix to run the bikes for the Yamaha factory, but no contracts have yet been signed just yet. As we reported earlier this month, Paul Denning’s Crescent squad, Lowes’ current team, is thought to be among the front runners.

It is thought other teams being considered include British Superbike outfit Milwaukee Yamaha, Althea Racing and the former Alstare Racing squad. Another option is for Yamaha to run their own outfit with Yamaha Europe’s racing boss Andrea Dosoli at the helm.

Sources close to Suzuki say Lowes impressed the Japanese factory’s top brass with his showing at the recent Suzuka 8-Hour race, where he led the opening session. However, with a new GSX-R1000 from Suzuki on the cards, but no solid plans to run it in WSB next year, Yamaha may be Lowes’ best option for 2016.

Other rumours suggest the Brit is in talks with Aprilia to ride an RSV4, with his brother Sam thought to be close to a deal to ride the Noale factory’s MotoGP machine.

Should Lowes get the Yamaha gig, it is expected he will ride alongside Marco Melandri, who is believed to have already signed a deal with the factory.