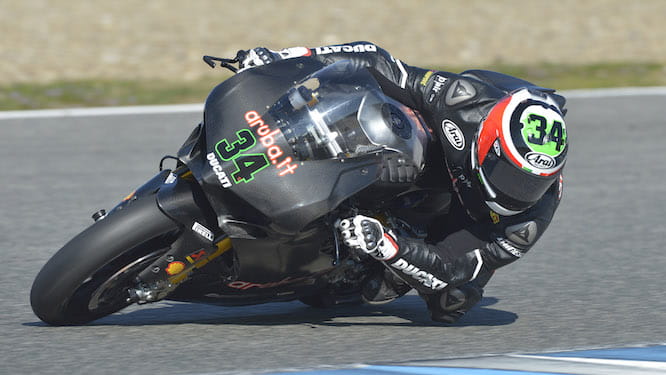 After testing was disrupted last week as a result of bad weather, riders were keen to make the most of two clear days at the circuit in Southern Spain.

Kawasaki duo Tom Sykes and Jonathan Rea were also on record pace with the second and third fastest times respectively. Chaz Davies was fourth on the timesheet marking a strong pre-season for Ducati. Leon Haslam continued his early form on the Aprilia with the fifth fastest lap time. 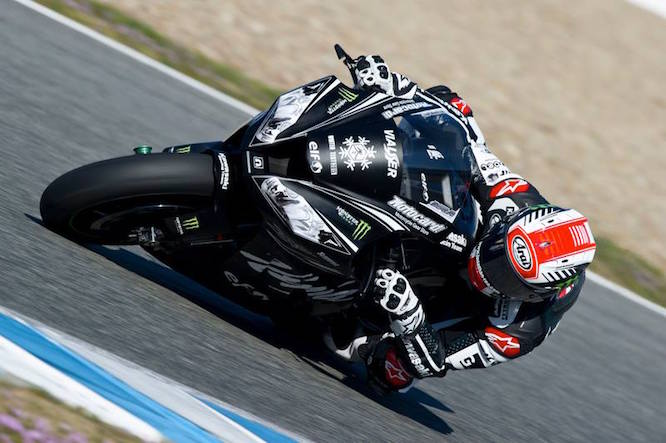 van der Mark’s team mate, World Champion Sylvain Guintoli sat out the majority of the test after a huge highside on his first flying lap left him with shoulder and ankle injuries. Having lost out on time in last week’s tests, Guintoli is now two days down on his rivals heading into Phillip Island.

Former Moto2 race winner Nico Terol was eighth on the Althea Ducati, 1.4 seconds off the pace while Randy de Puniet and Matteo Baiocco rounded out the top ten.

EBR’s Niccolo Canepa failed to replicate his performance in last week’s Portimao test, the Italian 3.4 seconds off the pace. His new teammate, Larry Pegram was last on the timesheets and even outpaced by Kawasaki’s supersport riders.

The World Superbike freight will now be shipped to Australia, where riders will get one last test before the first round in Phillip Island later next month.