Brits on top as WSBK testing gets underway 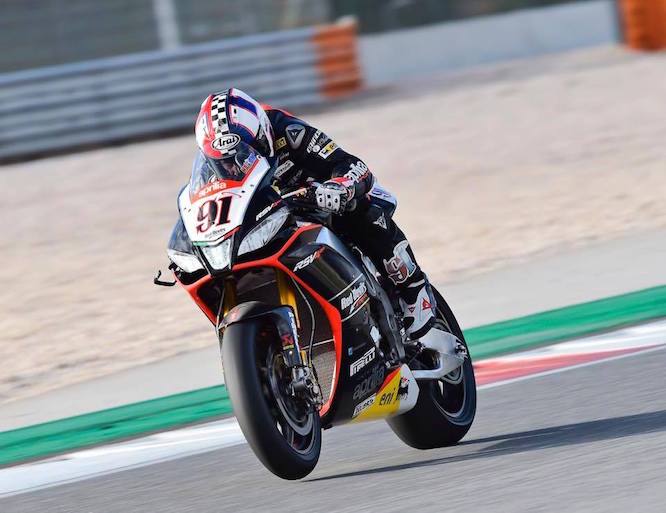 With less than a month to go until the start of the 2015 World Superbike season, pre-season testing is well underway.

PATA Honda kicked off the 2015 testing schedule with a private two-day session at Portimao before joining the Kawasaki Racing team at Aragon. However, neither of these tests saw much action thanks to a cold, wet spell with temperatures as low as 0 degrees Celsius. Conditions were so bad in Aragon that new Kawasaki recruit Jonathan Rea left the circuit in favour of some motocross action. 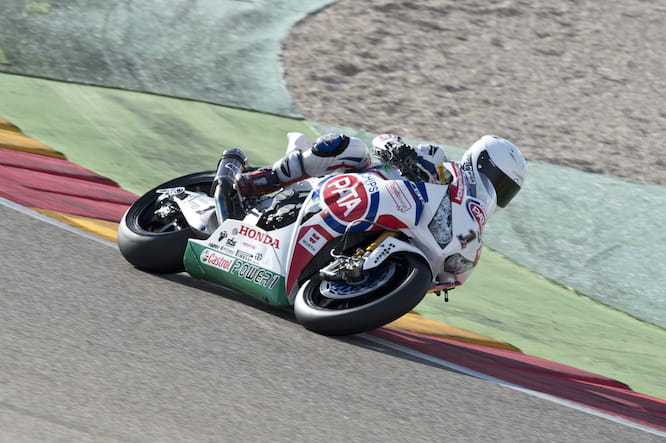 The limited activity will hamper teams’ fine-tuning of the new 2015-spec engines and electronics, but a dispensation issued by SBK organisers allows the use of last year’s packages for the first two rounds should it be necessary.

In the small amount of track time seen in Portimao, Leon Haslam topped the timesheets on his new Aprilia RSV4, which has reportedly seen a significant drop in horsepower for 2015, ahead of Crescent Suzuki’s Alex Lowes who was tied on time with Welshman Chaz Davies on Ducati’s new Panigale R. 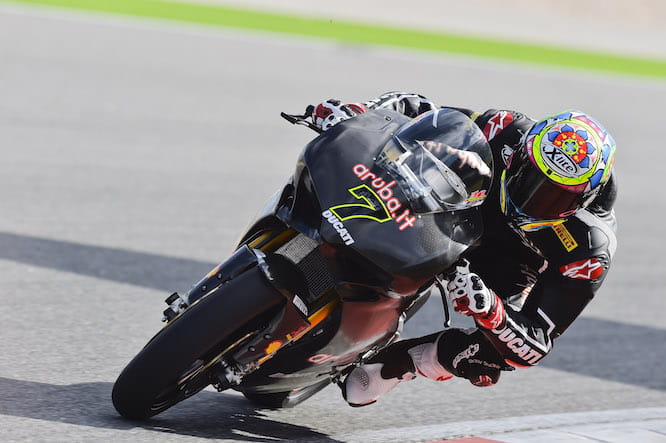 World Superbike returnee Matteo Biaocco was sixth on the Althea Ducati albeit some two seconds off Haslam’s fastest lap. Leon Camier set the seventh fastest time as he continues to tame MV Agusta’s F4-RR ahead of MotoGP refugee Randy de Puniet on the second Suzuki and former Moto2 race winner Jordi Torres on the Aprilia.

Niccolo Canepa rounded out the top ten, just over 2.5 seconds off Haslam’s time in a marked improvement for the new-look Hero Erik Buell Racing squad, ahead of Aprilia test rider Max Biaggi, who was reportedly testing MotoGP-spec electronics and engines in an RSV4 chassis.

Most teams now move to Jerez for the final European pre-season test before freight is shipped to Australia for final testing ahead of the first round at Phillip Island late next month.