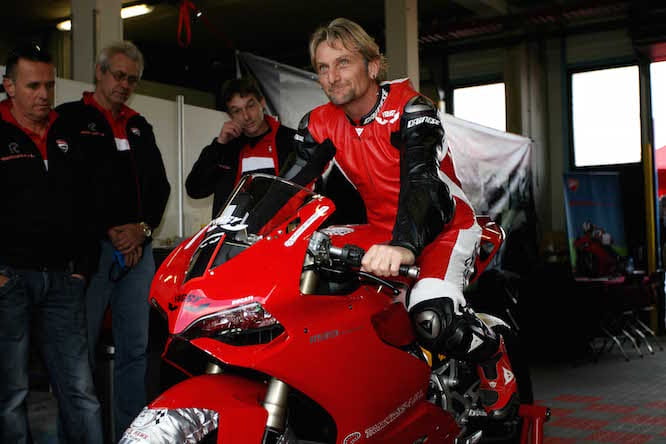 Four-time World Superbike Champion Carl Fogarty has tipped Kawasaki’s Jonathan Rea to win the World Championship in 2015, but says he’d be happy if any of the British contingent claimed the crown.

With six riders on the grid this season including four superbike race winners, Britain has more riders than any other nation and is arguably in its strongest position for years.

British riders dominated the final pre-season test in Australia this week, with five out of the top six riders from the UK.

“World Superbike has become a British championship these days, which I’m not sure is a good thing to be honest,” said Fogarty speaking to Bike Social. “I’ll be happy if any of the Brits win though.”

“I’ve always had a liking for Jonathan Rea, I’ve shouted about how good he is for ages but he needs to show that I’m right by going on to win it! Everyone’s like ‘shut up Carl he hasn’t won anything yet!’ He’s on a good bike now so I think he can do it.” 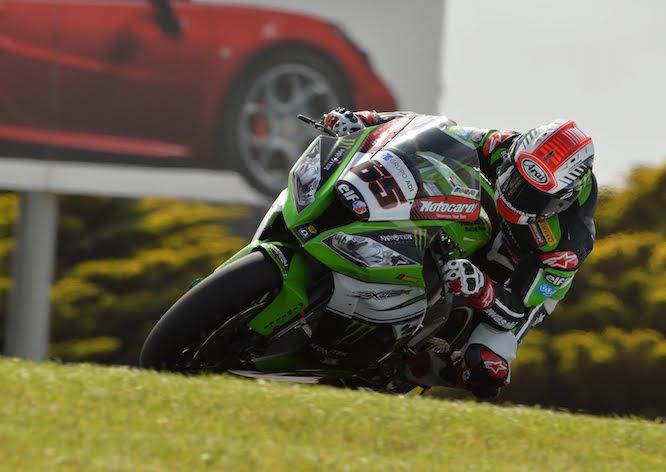 Rea switches from Honda to Kawasaki for the season ahead but Fogarty reckons the Aprilia has been the bike to be on over the past few years but says this could be about to change.

“In the last two or three years the Aprilia has been the best bike by far, if you’re on it you should win the World Championship and that’s what happened with Biaggi and then Guintoli,” the new-found reality TV star continued.

“It’s hard to win it when you’re not on the best bike whether you’re the best rider or not. Whether the Aprilia will still have the advantage now the rules have changed we don’t know, in some ways I hope it does as I’d love to see Leon [Haslam] up there doing well. It seems a breath of fresh air for him and I think he’s a real dark horse.

“The Kawasaki hasn’t been far off, it’s a really good package electronics wise etc but we’re all waiting in anticipation for the first round as we don’t know which bike is gonna come out strong. The new rules might favour something different, the Suzuki could come out strong which would be a great thing for Alex [Lowes].”

Fogarty won all four of his World Superbike titles with Ducati but the Italian marque has not been so fortunate in the last few years and hasn’t won a race since 2012.  However, with World Superbike regulations now restricting engine tuning the 1200cc V-twins could be back at the front.

“Ducati should also be a lot stronger this year,” Fogarty said. Chaz [Davies] is a good, hard rider but he does need to find a bit more consistency. He’s another dark horse, I think he’ll win races and is in with a shout of the title.”

“It’s great, you could have Brits finishing in the first four championship positions this year!”

Do you agree? Who do you think will take the title?