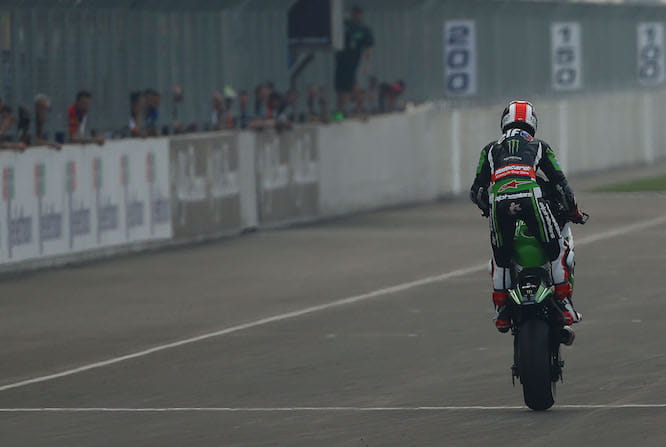 The World Superbike boys are back in action this weekend as the series returns to Europe for round three of the 2015 season at Aragon, Spain.

Jonathan Rea leads the championship standings after taking victory in three out of four races so far this season, but what’s more impressive is that British riders have locked out the podium in all four battles.

So far this season, only Leon Haslam has come close to beating Rea but the Northern Irishman’s teammate, Tom Sykes, has been a formidable force at the Spanish track for the past few years. Whatever happens, sparks will fly!

Find all the TV times for the weekend’s action below, and don’t forget MotoGP’s on too!