Rea does the Dutch double 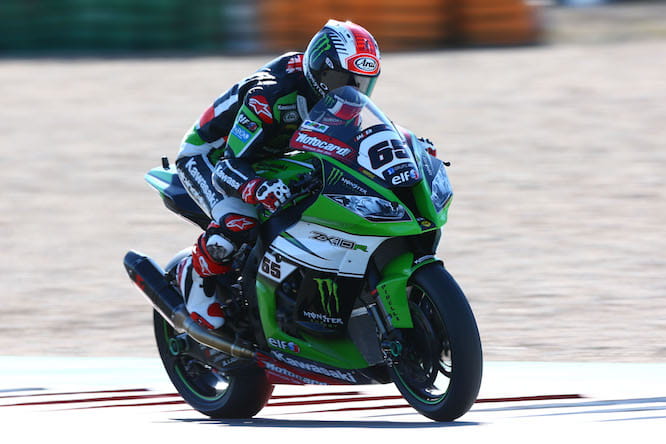 Jonathan Rea increased his already commanding championship lead in Assen today as he took the Monster Energy Kawasaki to victory in both races.

As is becoming standard, the Ulsterman took the holeshot once again ahead of pole sitter Sykes and Ducati’s Chaz Davies.

An early scrap between Davies and Sykes brought the chasing pack of van der Mark, Leon Haslam and Xavi Fores.

Racing a superbike on home soil for the first time, van der Mark aggressively forced his way past Haslam on lap four to mark his intentions moving forward. That’s exactly what he did as he moved past Davies into third.

Responding quickly, Davies re-took third from the PATA Honda rider before charging past Sykes to pursue Jonathan Rea, who had pulled a slight gap.

Alex Lowes’ troublesome 2015 season continued as he ran wide at the mid-point only to be wiped out by his teammate who had low-sided behind him.

Determined for a home podium, van der Mark jammed it up the inside of Sykes with eight laps to go, pushing the Brit wide allowing Haslam through into fourth. 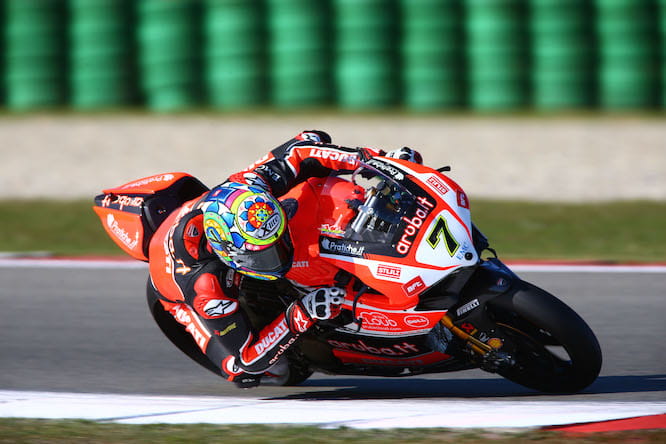 Rea and Davies stretched a lead at the front, with van der Mark and Haslam fighting for third. The Welshman didn’t seem to have an answer for the Kawasaki, with Rea cruising to his fifth win of the season.

Sykes ended up fifth ahead of Torres and Fores with World Champion Guintoli in eighth. Nico Terol and Leon Camier rounded out the top ten.

Another terrific start saw Rea take the lead at the first corner again in race two, ahead of Sykes, Haslam and Davies.

Keen to make amends for race two, Sykes took the lead on the fourth lap ahead of Rea with Davies moving into third.

Davies passed Rea for second with ten to go as van der Mark looked to charge through the field.

Rea soon fought back on the Welshman before taking the lead from Sykes into the Gert Timmer chicane. It wasn’t long before Sykes lost out to Davies, Haslam and van der Mark too as he slipped from the lead to fifth in just one lap.

Red Devils Aprilia’s Leon Haslam moved into second on lap 17, with the top three as close as you like. Davies moved back into second with four to go.

Haslam took fourth ahead of Sykes, Torres and Guintoli, with Fores, Lowes and Camier rounding out the top ten.

Having won six out of eight races so far this season, Rea now has a 40-point lead over Leon Haslam in the championship standings.