Second win of the week for Hutchinson in Superstock TT 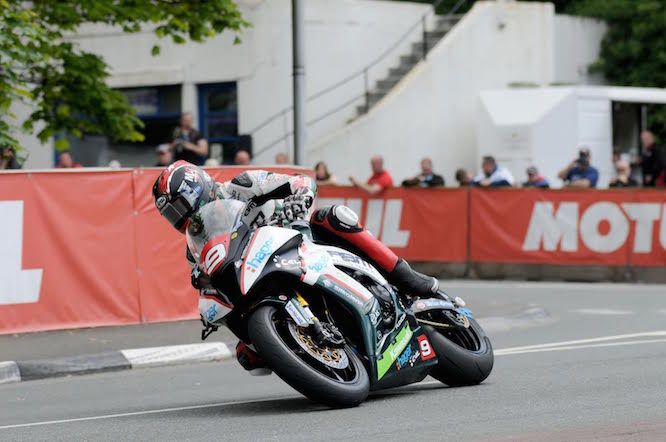 Ian Hutchinson stormed to his second TT win of the week in this afternoon's RL360 Superstock TT, less than 24 hours after returning to the top step for the first time since his horrific accident in 2010/11.

BMW’s Michael Dunlop led the first two laps, but a stronger pitstop from Hutchinson saw him take the lead into lap three.

Further problems for Guy Martin saw him ruled out of a strong third place as his bike wouldn’t start in pitlane losing him over thirty seconds.

Hutchinson kept stretching his lead, which increased to 12 seconds by Ballaugh on lap three, with James Hillier, Lee Johnston and Peter Hickman fighting for the final podium spot.

GBmoto’s Gary Johnson retired from the race at Parliament Square on lap three.

James Hillier was fourth ahead of Pete Hickman with Dave Johnson rounding out the top six.