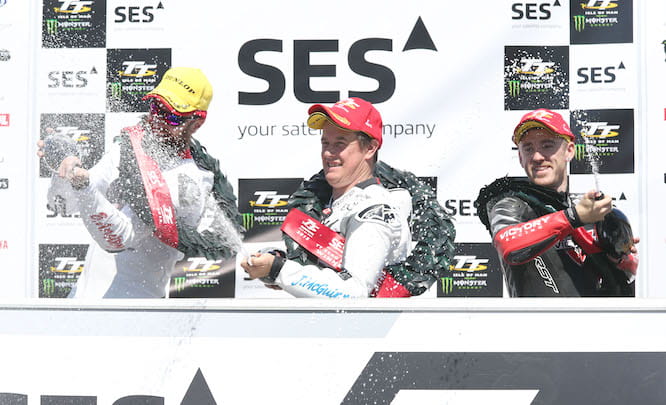 John McGuinness charged to his 22nd Isle of Man TT victory today in the 2015 SES TT Zero race, shattering the existing lap record to finish ahead of teammate Bruce Anstey on the Mugen Shinden.

Having dominated last year’s electric race, the Mugen team had some competition this year in the shape of the Victory Racing team running Lee Johnston and last-minute replacement for William Dunlop Guy Martin.

However, despite an impressive showing from the American outfit, it wasn’t enough to beat the might of Mugen Power as McGuinness shot around the course on his electric bullet with an average speed of 119.279mph.