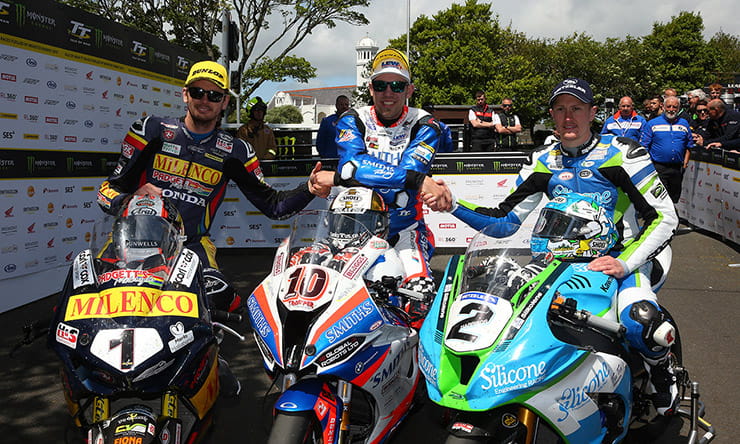 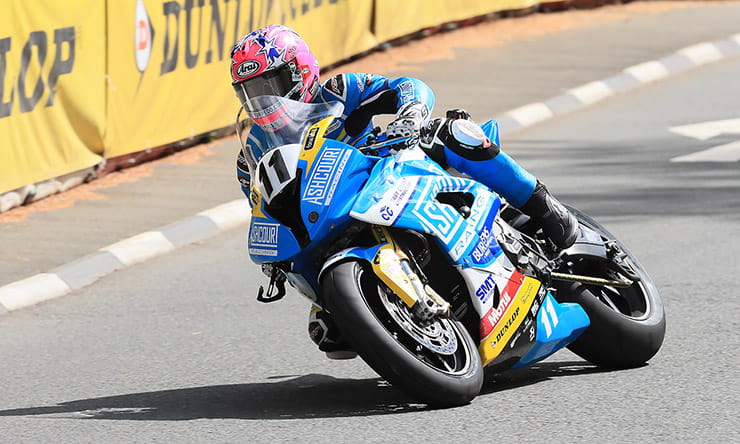 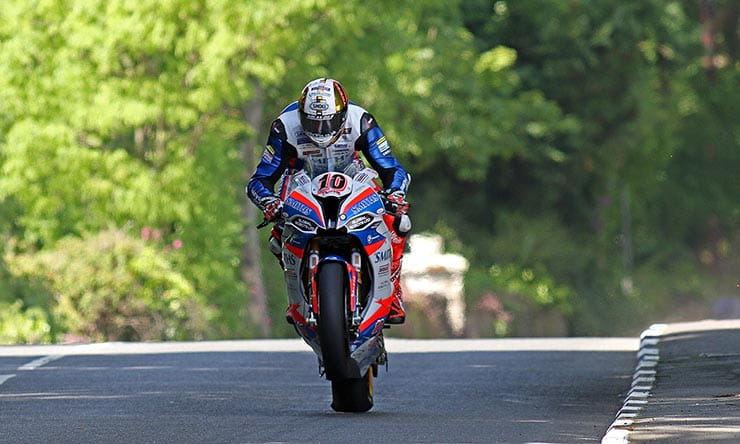 Peter Hickman took victory at the opening race of the 2019 Isle of Man TT races fuelled by Monster Energy when he won a shortened RST Superbike race on the Smiths Racing BMW by 1.782s from Dean Harrison (Silicone Engineering Kawasaki) with Conor Cummins completing the podium in third on the Milenco by Padgetts Motorcycles Honda. 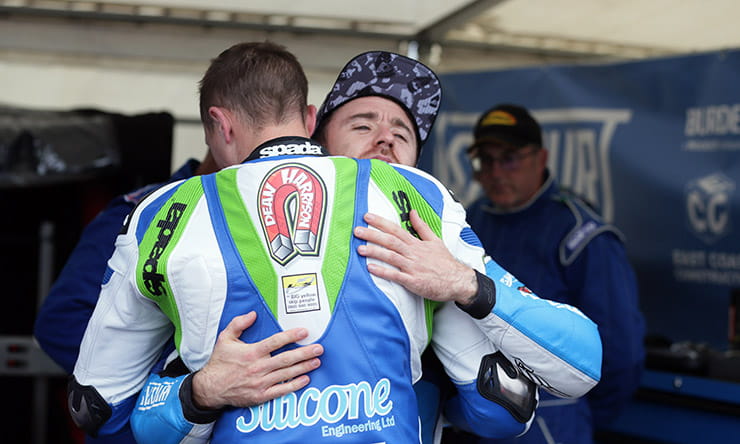 Brotherly love. Harrison and Johnston about to head up onto Glencrutchery Road. 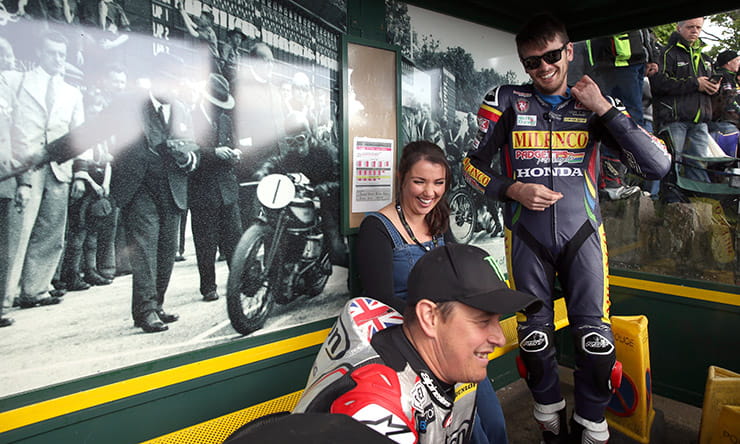 Calm before the storm. McGuinness and Cummins easing their nerves before the race. 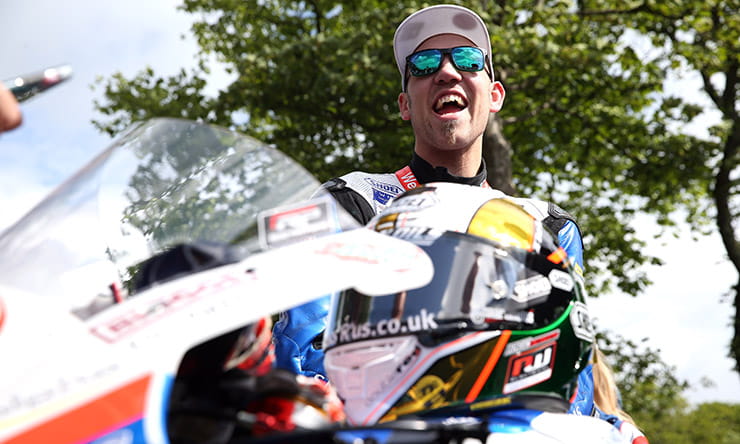 Peter Hickman all smiles up on the start line. 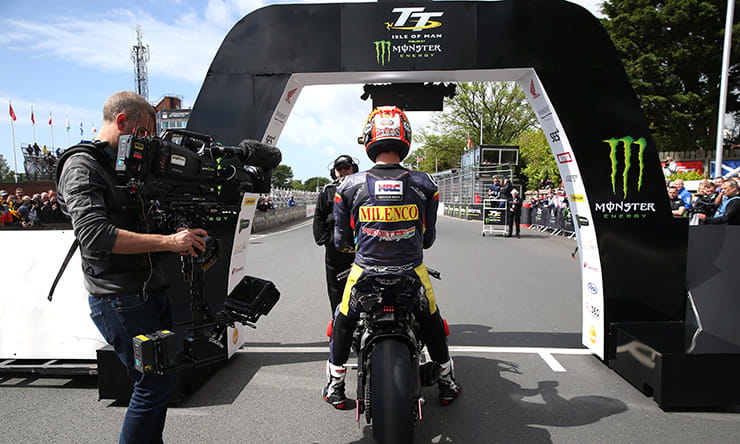 Leading the pack. Conor with eyes on Bray Hill. 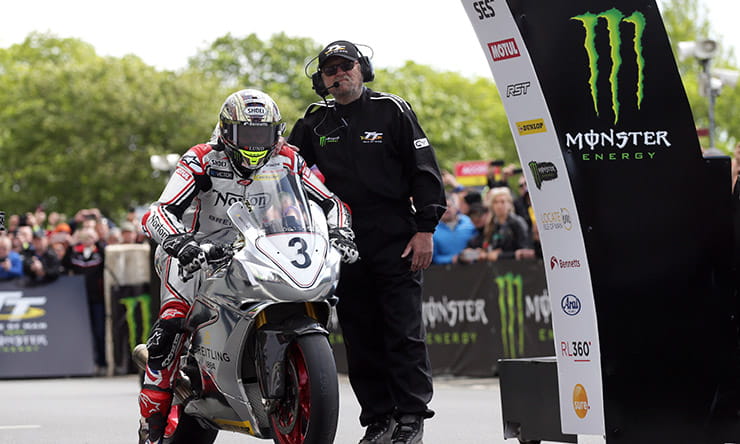 What a great sight to see. McGuinness back and racing at the TT. 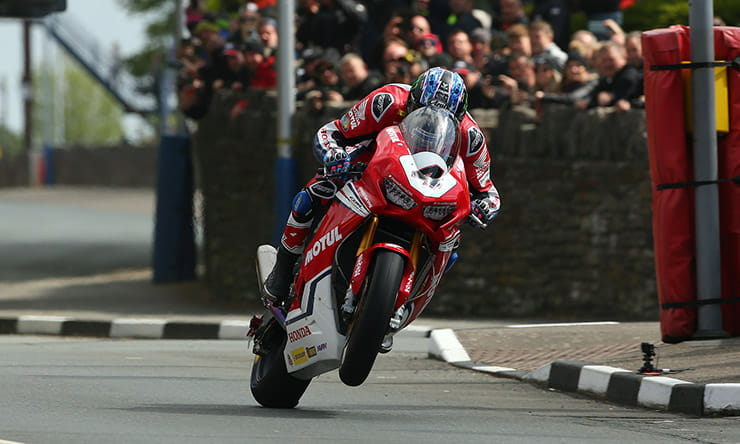 Hutchy off to a flyer. 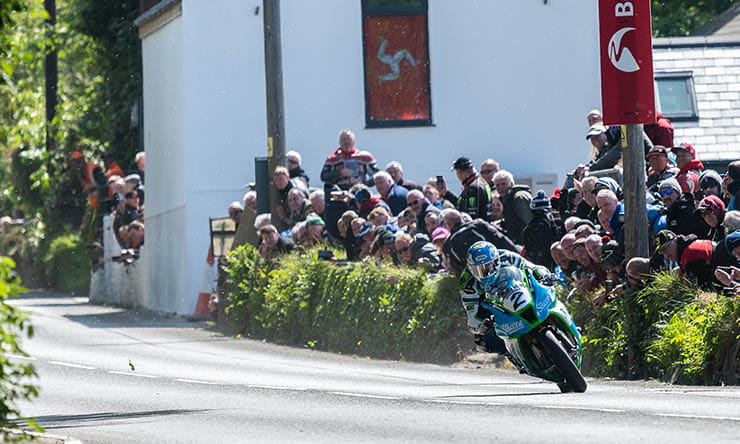 An opening lap of 132.48mph gave Harrison a lead over Hickman of just one second. 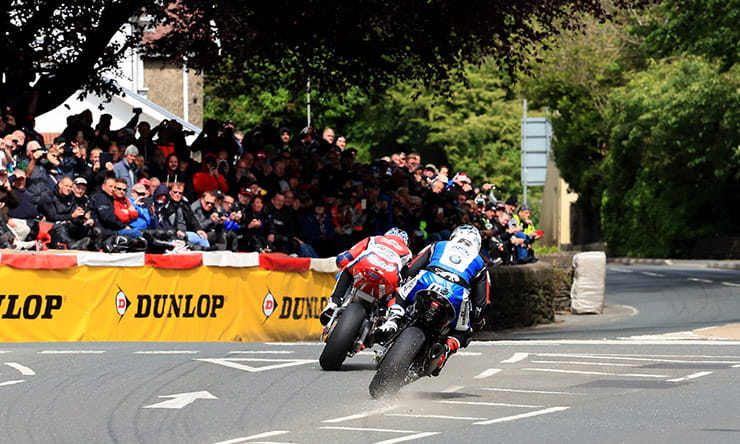 Pushing on. Dunlop and Hutchy together on the road. 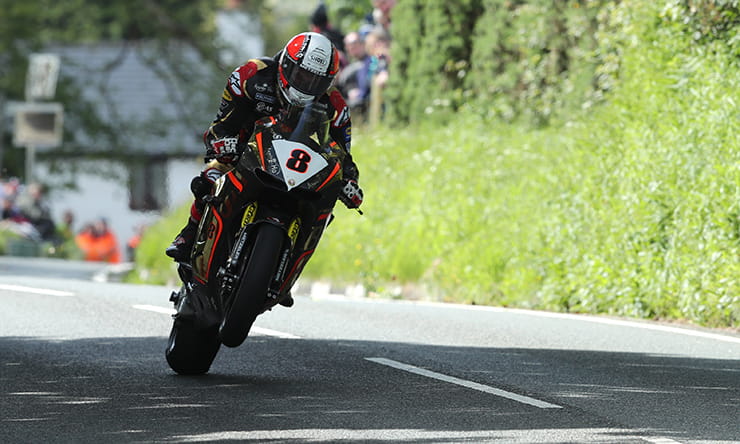 Rutter roaring his RCV to a fantastic fifth place in the race. 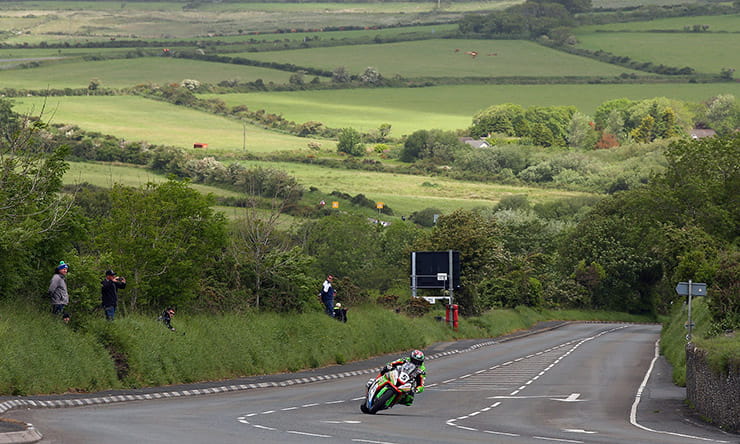 Hillier broke the 130mph barrier on lap two to maintain his hold on fourth. 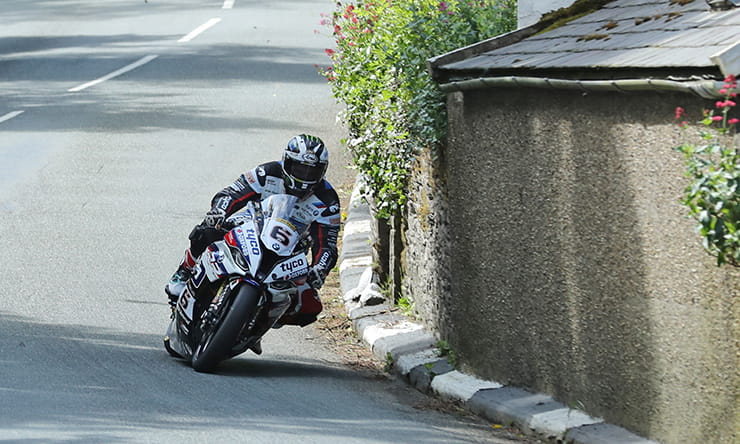 Dunlop through the bottom of Barregarrow on his way to a sixth place finish. 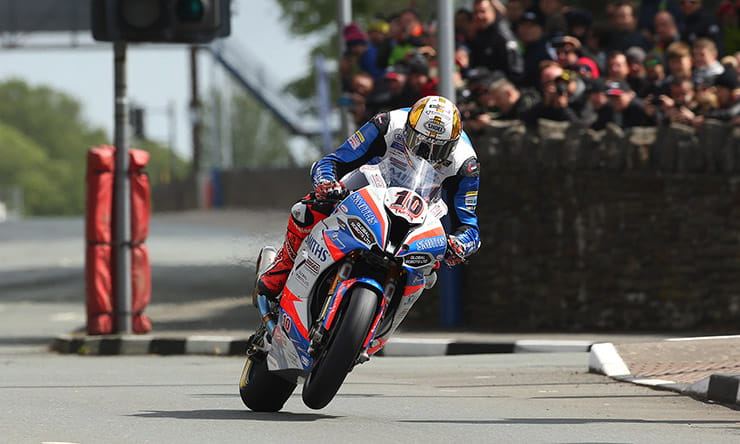 A red flag on lap two saw Hickman take his third victory around the Mountain Course. 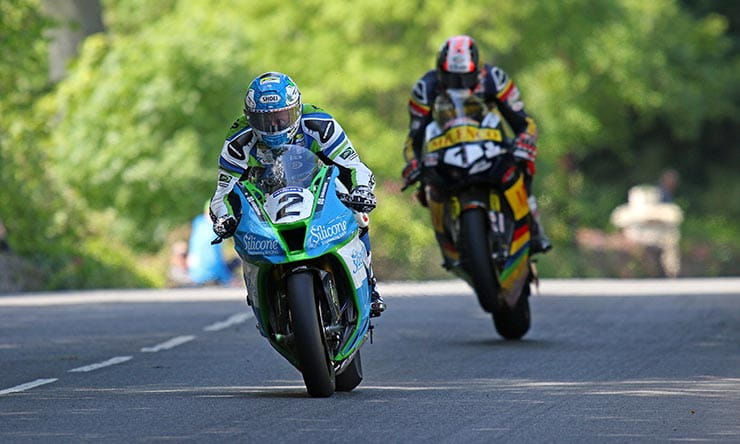 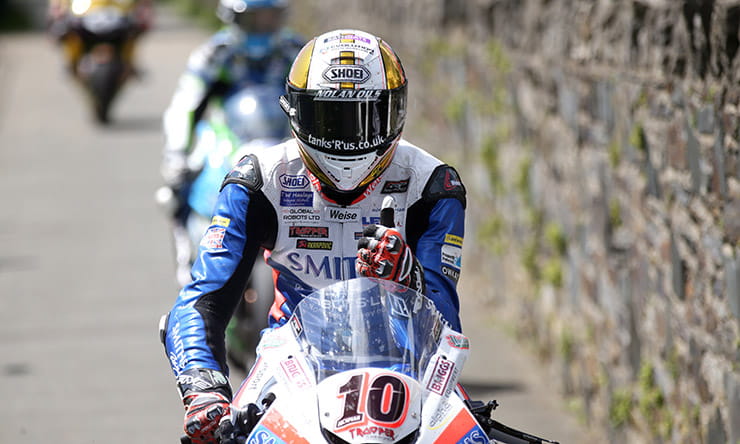 Thumbs up from Hickman as he heads into the winner’s enclosure. 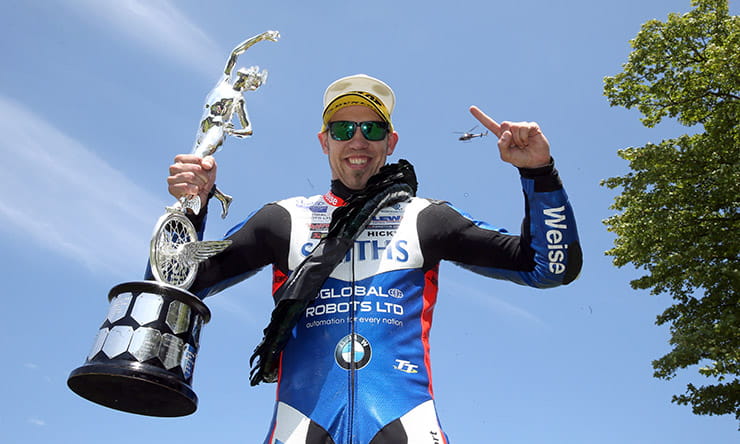 First race win of the week for Hicky and the new BMW S1000RR.

ACU Events Ltd regrets to confirm that Daley Mathison, 27, from Stockton on Tees, Durham was killed in an incident during the Superbike Race today at the Isle of Man TT Races.  The accident occurred at Snugborough, just over 2 miles into the Course, on the 3rd lap of the race.

Daley was an experienced competitor and was seeded 19th for today’s race.  He made his Mountain Course debut in the 2013 Manx Grand Prix Newcomers A Race, finishing fifth.  His TT career included three consecutive podiums in the TT Zero electric bike Race in 2016, 2017 and 2018 including the runner up position in the race last year, representing Nottingham University. 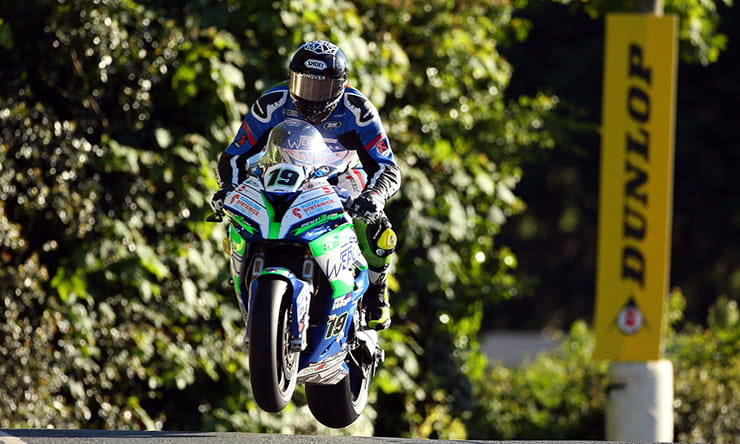