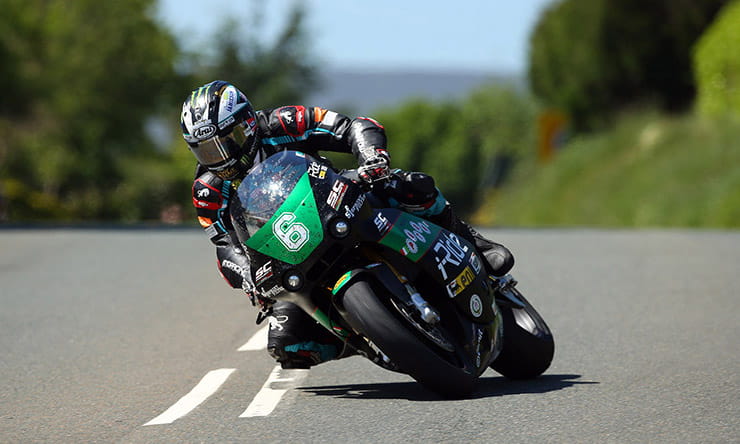 A victory in the four-lap Bennetts Lightweight race today gave Michael Dunlop a third win at the 2018 Isle of Man TT and his 18th overall, moving the man from Ballymoney, Northern Ireland into 3rd place on his own on the all-time winners list. Just his uncle Joey (26) and John McGuinness (23) now sit in front.

Claiming his first ever win in the Lightweight class, known also as the SuperTwin category, Dunlop’s Paton also smashed the existing lap record, with a fourth and final lap of 18:26.543, an average of 122.750mph – and 17 seconds faster than James Hillier’s outgoing record of 120.848mph which had stood for three years.

The Kawasaki pair of Derek McGee and Ivan Lintin’s, winner of this class twice in 2015 and 2016, set the early pace. McGee was fastest to the first check-point at Glen Helen before Lintin took over and stretched his lead to 5.7 seconds at the end of lap one while setting a new lap record, and that was from a standing start.

Lintin’s new record didn’t last long because by the time he’d been confirmed as a retirement on lap two at Bedstead, it was Michael Dunlop who had set the bar even higher, while slowing for his pit stop too. He led McGee by 4 seconds but by the time the pair had reach Glen Helen on lap three it was McGee in front by 3.1 seconds. Superstock winner, Peter Hickman, had moved into third after Jamie Cowton retired but was 48 seconds behind McGee but he too had retired before Glen Helen on the final lap. 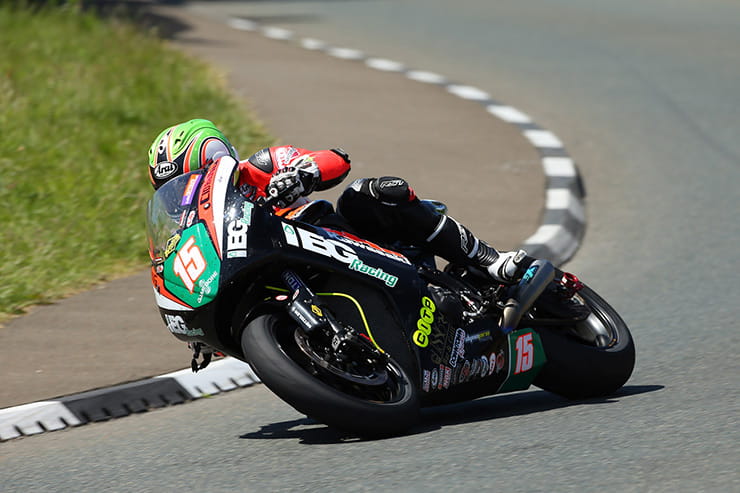 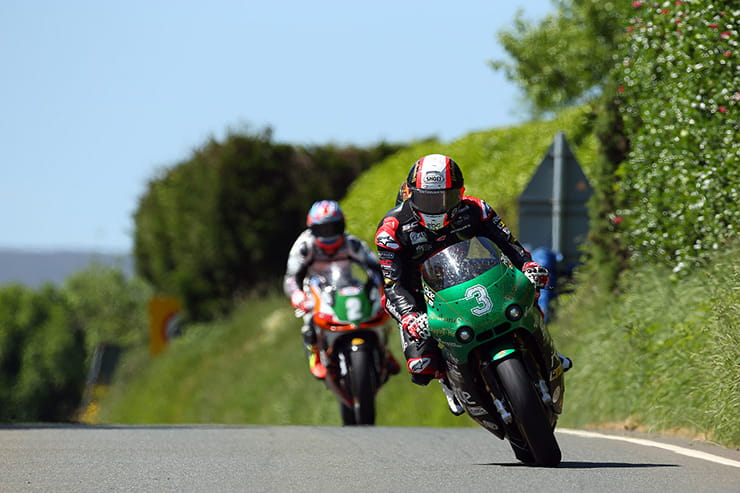 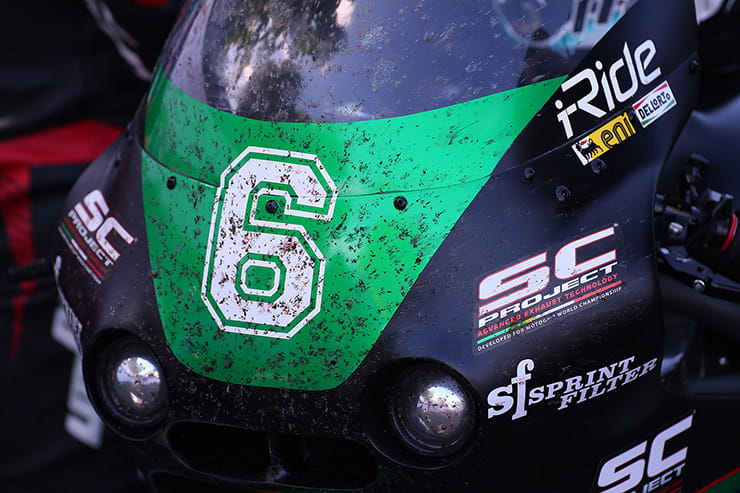 Dunlop put the hammer down on lap four to take both the race win and another lap record coming home 14.6 seconds ahead of McGee with TT Zero winner, Michael Rutter, also on a Paton completed the podium 1m10.6 futher back. With a blessing on the ears, five of the top six bikes were Paton’s.

Dunlop said, “We had a small issue at the start of the race but I knew it wasn’t going to be a sprint race. I didn’t want to go mad at the start but I saw someone from behind was coming so I thought ‘screw this, I’m pulling the pin’ – it was about planning the race for me.”

Stefano Bonetti and Joey Thompson came home fourth and fifth while Ian Lougher, Michael Sweeney, Adam McLean, Julian Trummer and Dominic Herbertson rounded out the top 10 on a mixture of Paton’s and Kawasaki’s.

The 18th win for Michael makes a total of 49 TT victories for the Dunlop family; Joey took 26 wins and Michael’s father Robert, five. Will the 50th come in the Senior race on Friday?