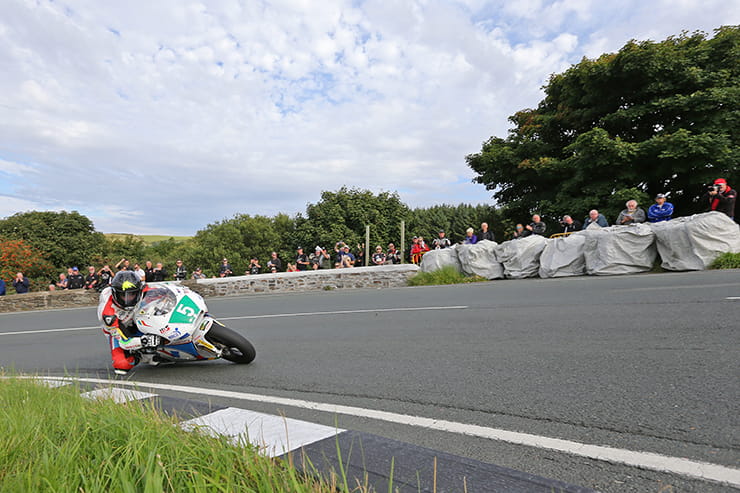 Bruce Anstey won Saturday afternoon’s Lightweight Classic TT race in record-breaking fashion, the Valvoline Racing by Padgetts Honda rider dominating proceedings from start to finish as he recorded the fastest ever lap by a 250cc machine around the Mountain Course.

Anstey’s second lap speed of 118.744mph was over four seconds quicker than the 118.29mph lap set by John McGuinness way back in 1999 and it enabled him to take victory by over a minute from Ian Lougher.

“That wasn’t too bad was it?” said Anstey afterwards. “With Ian starting ten seconds behind me, I knew he’d be a threat so my plan was to get my head down straightaway so he couldn’t see me and the plan worked. Track conditions were perfect although it was quite windy out there and I was struggling a bit with the gearing, especially top gear. I really enjoyed the race and it was great to be back out on a 250.”

“They’re just so easy to ride and it’s all about carrying the corner speed and going from white line to white line. I had some decent boards telling me what the gap was and I was able to ease off a bit once the gap was up to minute and bring the bike home.”

Anstey led from the word go, his lead over Lougher at Glen Helen on the first lap a slender 1.8s but from that moment on, he was never pressed, extending the lap by considerable margins at each and every timing point.

By the Grandstand, and with an opening lap of 117.170mph, the gap had shot up to 16.9s and with Ryan Kneen retiring at Kirk Michael, Phil Harvey moved up to third from Charles Rhys Hardisty and Paul Owen. 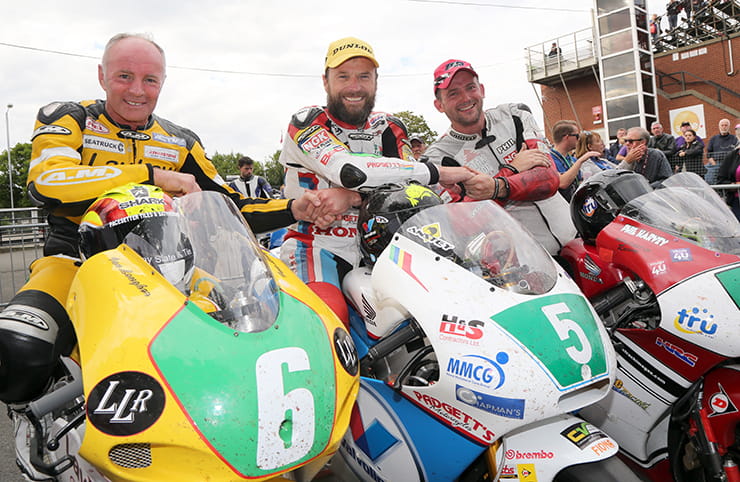 Throughout the second lap, Anstey was firmly in his stride on the RS250 Honda, adding close to ten seconds to his lead at each commentary point. A 119mph lap looked possible at one stage but the eventual speed of 118.744mph finally broke McGuinness’ long standing 1999 250cc lap record of 118.29mph. Lougher was now 43s in arrears but this had jumped up to almost a minute after the pit stops.

Going into the final lap, Anstey was 1m11s clear of Lougher and he was able to control the race for the final 37 and ¾ miles. Indeed, his last lap of 116.012mph was six seconds slower than Lougher’s but the end result was a winning margin of 1m4s. It was the Kiwi’s second Classic TT win after taking victory in the 2014 Formula One race.

Behind Lougher, Harvey held onto third despite a late charge from Owen with Hardisty and Gary Vines rounding out the top six. 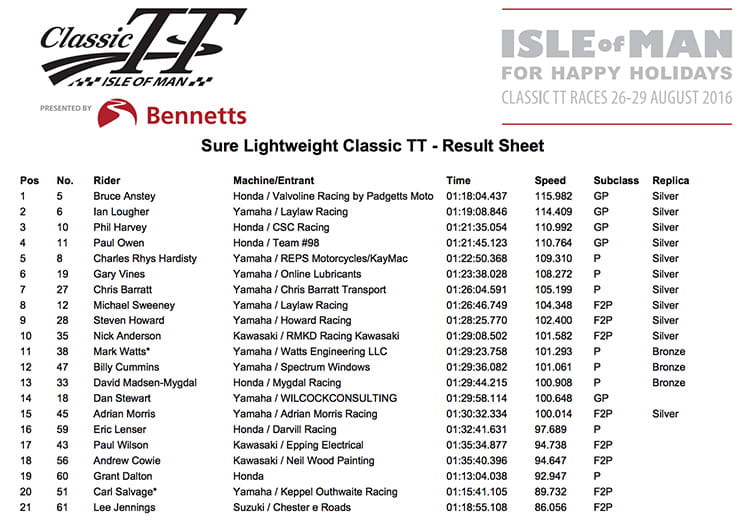 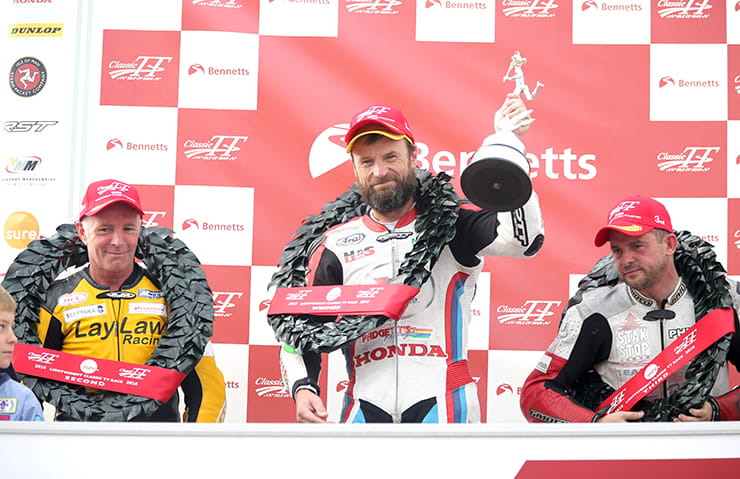