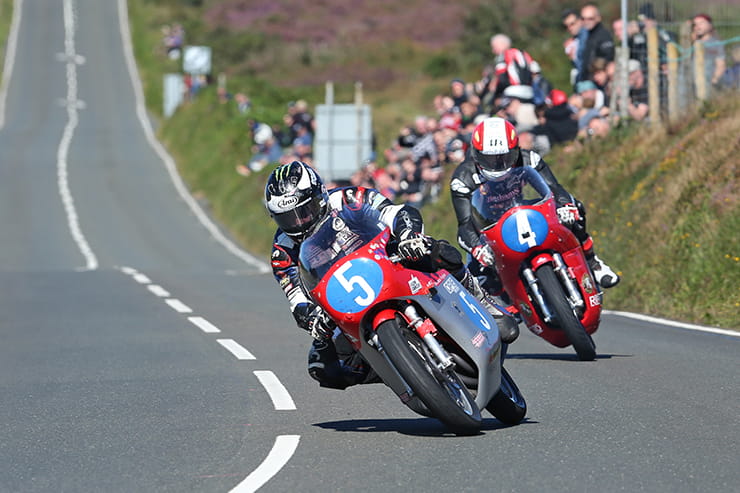 The Ballymoney rider led for the first two laps but had to pit for fuel and that gave Rutter and his Ripley Land Racing Honda a healthy looking 35s lead. However, Dunlop pressed on throughout the final two laps to continue eat into Rutter’s advantage and he went back into the lead at Ballaugh on the final lap.

The duo crossed the line together as Dunlop claimed his third Classic TT victory but his first in the Junior category. He also set the fastest lap of the race at 104.475mph.

“We had a wee problem in the first couple of laps, with the throttle I think, but after the pit stop, the bike picked up and I pushed really hard,” said Dunlop afterwards. “I was getting good pit boards and I could see I was pulling Michael back in the last two laps and I eventually caught him on the Mountain. I was able to back off a bit then and bring the bike home so hats off to the team, they’re all delighted. I never thought someone as fat as me could win a race on one of these bikes but I loved every minute of it and it’s great to win.” 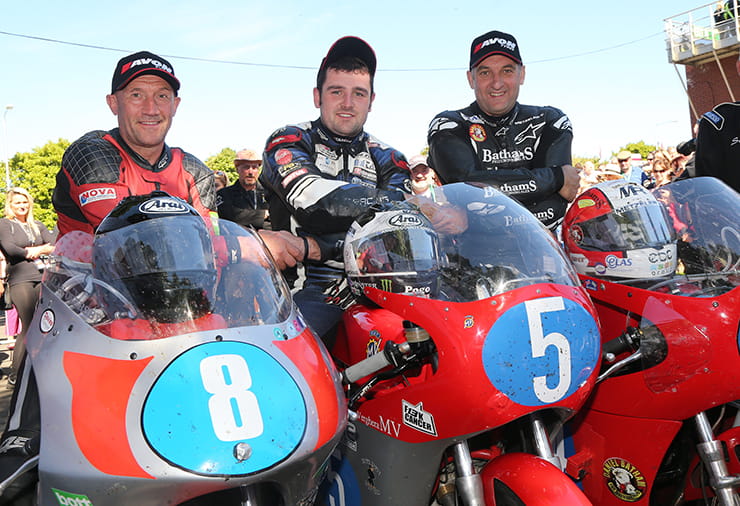 Perfect weather conditions greeted the competitors and Dunlop immediately grabbed the lead at Glen Helen on the opening lap, eventually catching Rutter, who’d started ten seconds ahead of him, on the road.

His opening lap was 103.775mph with Rutter not too far behind at 102.913mph and that gave him a near 11-second lead as Jamie Coward moved into third. Two pre-race favourites were already out though, William Dunlop at Ballacraine and Dean Harrison, Dunlop’s team-mate, at the pits.

The gap had crept up to 11.6s at Glen Helen on lap two but Rutter was hanging onto Dunlop and with the Bridgnorth rider not expected to pit for fuel on the single cylinder Honda, unlike Dunlop on the four cylinder MV, he was certainly handily placed.

By Glen Helen third time around, Rutter’s lack of fuel stop meant he had an extremely healthy 35 second lead but Dunlop ate into that gap throughout the third lap and with just one lap of the Mountain Course to go, it was only 14 seconds. Coward’s good run came to an end though as he retired at Kerromoar thus promoting Alan Oversby up into the final podium spot.

At Ballaugh on the final lap, Dunlop was back in the lead and soon caught Rutter on the road once more, the duo crossing the line together. Oversby brought the Davies Motorsport Honda home in a good third as Cameron Donald, Daniel Cooper and Danny Webb completed the top six. 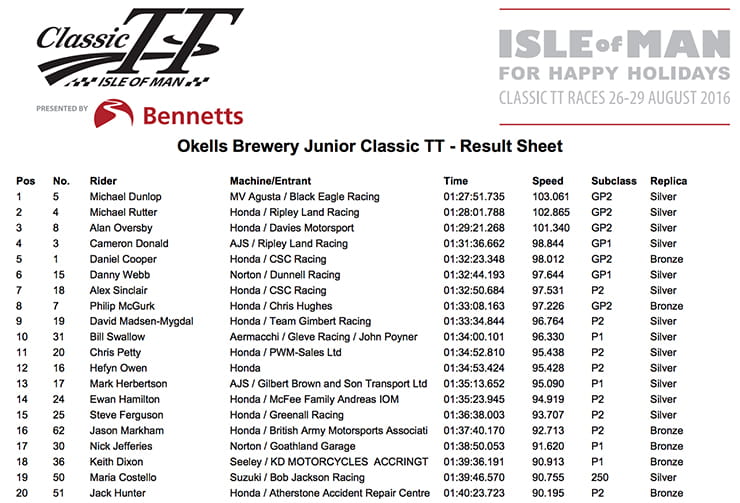 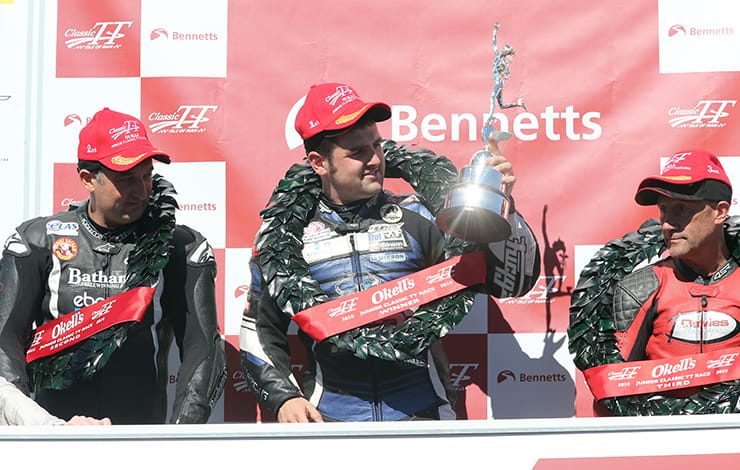