Now in its eighth year, the Bennetts Lightweight TT Race at the 2019 Isle of Man TT Races fuelled by Monster Energy is once again set to be one of the most competitive encounters of race week, with the two dominant Kawasaki and Paton machines facing a fresh challenge from Norton and the brand new Superlight.

A class championed by former Road Racing star and 3-time TT race winner, Ryan Farquhar, his development of the 650cc Kawasaki led to it winning the first five races around the TT Mountain Course. However, recent times have seen the prestigious Paton brand come to the fore and win the last two races, with Michael Dunlop taking his first Lightweight victory in record-breaking style twelve months ago.

The Ballymoney rider set a new lap record at an average speed of 122.750mph last year to get the better of Derek McGee onboard one of Farquhar’s KMR Kawasaki. The 18-time TT winner will again start at number six on the SC Project Reparto Corse Paton.

Four of his biggest challengers this year will come from the KMR Kawasaki team, with McGee leading the field away at number one. After a performance that surprised many last year, he will start as one of the pre-race favourites in 2019.

Arguably the most exciting development for the 2019 Lightweight class is the three-rider challenge coming from Norton. 23-time TT winner John McGuinness, outright lap record holder Peter Hickman, and Davey Todd all line up on the all-new Norton Superlight machine.

McAdoo Racing's Adam McLean had been due to start at number nine, but injuries sustained at a crash at the Tandragee 100 last weekend have unfortunately ruled him out of TT 2019.

Maria Costello, again the only female on the solo entry list, rides the fifth Paton on the entry with overseas interest coming from Timothee Monot, Xavier Denis, Michal Dokoupil, AJ Venter and Miroslav Sloboda who are all set to tackle the four-lap race. 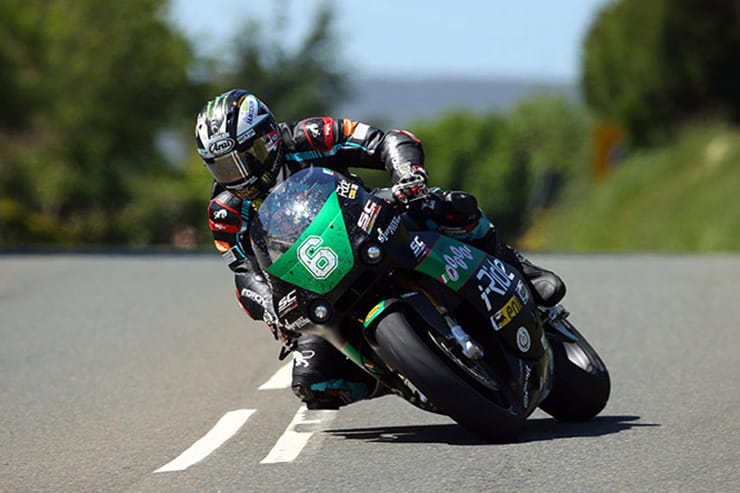 The complete top twenty is as follows: