Sticking to the rules with Team Classic Suzuki 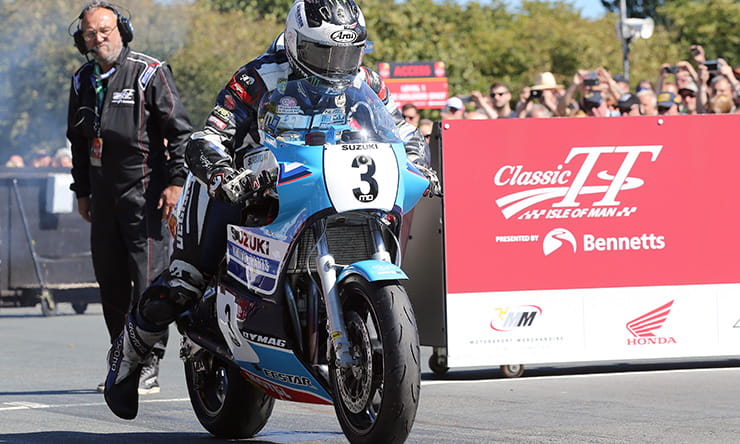 Team Classic Suzuki are riding in the Isle of Man Classic TT Superbike class, with Michael Dunlop on the TCS F1 - modelled on the XR69s, the machines which, in their day, were raced by the likes of Mick Grant, Roger Marshall and Rob McElnae.

The team spend months preparing its three race machines to run in the Classic TT and team owner / boss Steve Wheatman said: “The Classic TT’s a really important event for us. It’s a competitive classic environment with top riders but there’s also a relaxed atmosphere as well.”

“We’re running three bikes this year with Michael Dunlop, Lee Johnston and Danny Webb”
Three may seem excessive, but Wheatman said: “Danny stepped in for Lee last year and did such a good job we wanted to give him a ride this again this year. We really enjoyed working with him but of course, he had an injury this year so we’re just hoping he’ll be fit enough.”

To classic enthusiasts - especially Suzuki fans - Steve Wheatman needs no introduction: he has one of the greatest collection of Suzuki race machines in the world. His substantial stable of bikes includes five Barry Sheene Suzuki’s, alongside motorcycles raced by the likes of Phil Read, Randy Mamola and Graeme Crosby.

But they are extremely rare - Suzuki only built four RGV race bikes a year and even then, the company would destroy them afterwards.

When pressed on which is his favourite in the collection he often jokes that to choose a favourite bike “is like being asked to choose your favourite grandchild.”

It’s unsurprising then, that Wheatman does not run original machinery on the Isle of Man TT course. “Some of the original machines are too delicate and too valuable to risk running at the Classic TT.”

Instead, he says: “We build bikes according to the rules. There are period parts such as brake pads we change because of the safety aspect.”

In other words, the machinery must enable close racing. But re-creating such Golden Age classics such as the XR69s is no mean feat. It’s more than a full -time task. In fact, Steve employs three members of staff to maintain and prepare race machines. 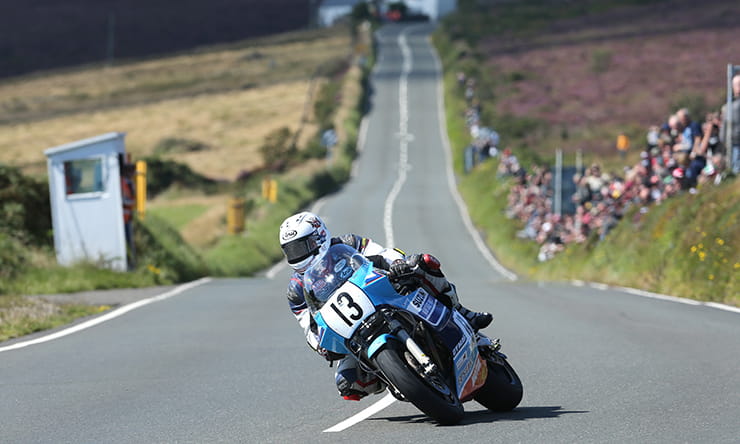 The brains behind the Classic TT machines is Team Classic Suzuki chief technician, Nathan Columbi - a former Suzuki employee who has been working with the team for three years. In that time, his engines have won two Formula One Classic TTs and two Classic MGPs.

For the Classic TT machines Columbi builds chassis in-period from T45 steel, they are bronze-welded but they do use ‘right-way-up’ forks, two-piece Brembo brake callipers and K-tech suspension.

The body work is period fibre-glass. “It’s the stuff you’d be buying in the 1980s,” says Steve.
But technical regulations can be contentious, especially where period machines are concerned.
Last year there was controversy over engine capacity with allegations that Dunlop’s machine was over-capacity. It wasn’t: it was 85cc under capacity. “We knew some of the other teams were over capacity,” said Steve. “But we were confident that Michael would win anyway yet somehow, we copped abuse anyway, even though we hadn’t done anything wrong.”

The team are 85cc under capacity again this year but it doesn’t appear to worry Steve. Team Classic Suzuki did, after all, bag another win with Dunlop in the Superbike race. Clearly, they are proving to be quite a formidable team.

The Classic TT Superbike race is on Monday August 28th.

Also taking place on the Monday is the Retro Parade Lap where British Superstock championship contender, Richard Cooper, and BikeSocial’s own Michael Mann will be riding two additional special Suzuki’s. Cooper takes the Classic Vintage Parts Suzuki Katana while Mann rides the GSX-R750F ‘Slabside’ – both were built at Motorcycle Live -x in 2016 and 2015 respectively.