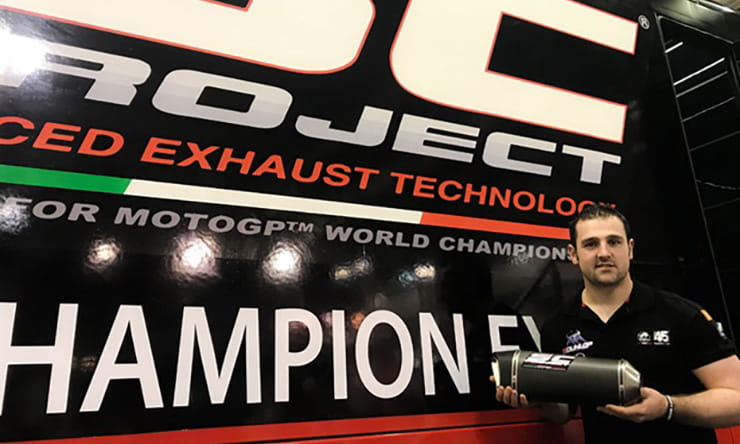 The 28-year old Northern Irishman looks to add the Lightweight to his tally having only competed twice in the class that was relaunched in 2012. The fifteen-time TT Race winner will join Italian Stefano Bonetti on the Factory S1-R Lightweight Paton replacing 2017 Lightweight TT winner, Michael Rutter.


In the same race, Dunlop, riding the McAdoo Racing-backed ER6 650cc Kawasaki finished in seventh place and lapped at 117.965mph in the process despite stopping with a technical fault at mid race distance. Rutter broke the lap record during his victorious outing with a lap of 118.645mph.

Bonetti, meanwhile, secured his best TT result to date in 2016 when he finished fifth and was in contention for a podium last year before being forced to retire on the second lap. With a fastest lap of 118.498mph, the addition of Dunlop to the team is sure to benefit the Italian as well.

Michael Dunlop said, “It will be a real honour to represent the Paton factory at this year’s TT.  I’ve managed to win races for five different manufacturers at the TT and I will be doing everything I can to make it six.  I’m really looking forward to having a proper go at the Lightweight TT this year. It’s already looking like a really competitive race with the strongest field the race has had to date and if I’m on the top step at the end of the race I will have earned it.”

Speaking about the deal, SC-Project Team owners Stefano Lavazza said, “We are extremely happy that a champion like Michael is joining our Paton SC-Project Reparto Corse Team. Our collaboration with him started last year just with the supply of an SC-Project exhaust for his MD Racing Yamaha R6 he won the Supersport TT with. Michael was satisfied with the product and he wanted to carry on our collaboration this year as well, with the supply of SC-Project exhausts for the S1000RR BMW and the CBR600RR Honda he will ride respectively in the Superstock and Supersport races."

“His skills are well known to everyone and we are well aware that a rider like Michael has the victory as his solely focus. It is an honour for us and for Paton to have the fastest TT riders ever riding for our Team. We are ready for the challenge of confirming Paton as the bike to beat on the Isle of Man"