McGuinness on new TT Fireblade: “It’s very different to anything I’ve ridden before” 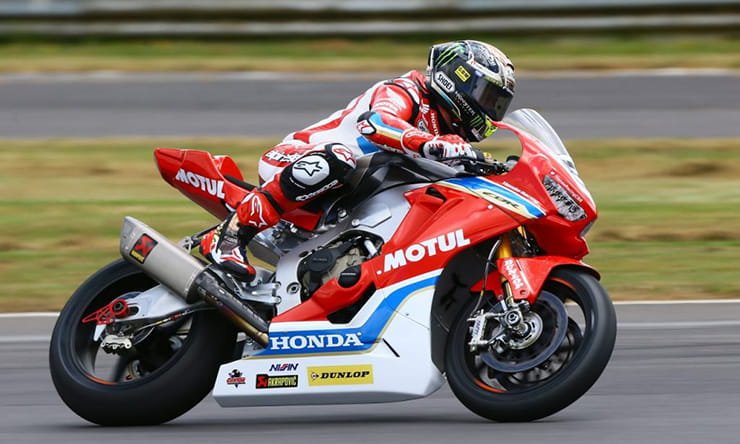 You don’t expect the world’s greatest living TT racer to have bubble wrap under his leathers. But in freezing cold testing conditions, it’s a wardrobe staple.

And at the Castle Combe pre TT test session, temperatures were far from forgiving.

Honda and Dunlop were at the Wiltshire circuit to test with Guy Martin, John McGuinness and Bruce Anstey in preparation for the Isle of Man TT. And there was a lot of work to do: Anstey’s exotic RCV 213 S is too loud for most British short circuits, which limits its testing time and Honda’s brand new Fireblade only rolled-out of the factory in January.

“It’s been too cold,” says McGuinness. “We’re off to the Northwest before the TT and need to know how to get the best out of the bike so it’s been frustrating testing when you can’t rush the bike to its limits because of the cold weather. You can’t push the bike so you can’t get the feedback you need to make the changes. It’s just too cold to really test the bike at the top end.”

But the Fireblade - which McGuinness was testing alongside teammate Guy Martin - has come on leaps and bounds since it was taken out of the crate.  “The bike’s alright and we have made steps forward but it is very different to anything I’ve ridden before - the electronics are totally different and there’s the new fly-by wire throttle to master. These are just things but they are still different.”

As for the TT he says: “I’m well up for it, I feel the same as ever. But I have say I look forward to it more when I’ve finished. I do get a bit nervous and a bit anxious and there is a lot of hype about the TT now compared to when I started racing.” That was in 1996, riding a 250cc Honda for Paul Bird racing.

“Back then no-one was really bothered about what you did apart from the people who read MCN (BikeSocial wasn’t around in 1996! – Ed). Now there’s Twitter, Facebook and everyone’s watching everyone.”

But as ever, the Honda set-up ‘feels right’ for McGuinness. “It’s a motorbike capable of doing more than 200 mph with the right people and, more importantly, people I trust so it is a strong and steady ship. You have to work with people like that.”

“It’s the same with the Jackson Racing team, they are good people and I have known them a long time,” he says. And despite being a 23-time TT winner, McGuinness still finds those moments sat on the grid before setting off deeply unpleasant.

“It’s horrible,” he says. “Your heart is pumping and you do get nervous, you know what can happen on out there but as soon as you drop the clutch you're away and then that’s it. You’re in the moment. You blank out everything else that’s going on except racing.”

Of course, the TT circuit epic, eat lap is 37 and three quarter miles long and in the Senior and Superbike races riders race a total of 225 miles. To master this lengthy course many riders have established methods - such as painting on trees (as in the famous ‘K’ tree at Conker Trees, which antique dealer Joe Thornton painted in the 1970s to warn him of the protruding kerb) to counting the bends in numerical order. 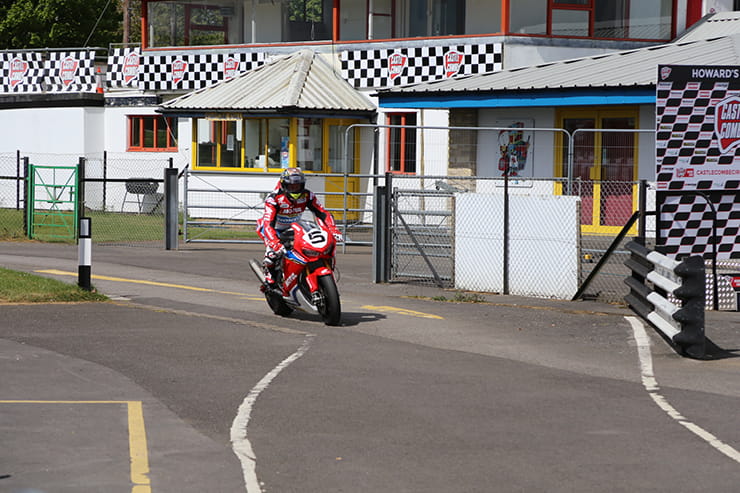 But for McGuinness, it’s more simple than that: he knows it like the back of his hand.

“I’ve done that many laps around the TT course that I just get on with it. There is no right or wrong way to race on the course as it’s different for different people and different machines.”

As for testing, however, he’s playing it safe. “It’s a big penalty at this stage if you go down. Okay, you might make a step forward in learning about the bike but you just never know.”

And McGuinness would know. It was during an early April testing session at Castle Combe when the ‘Morecambe Missile’ dislocated his thumb. He was approaching the Esses at the Wiltshire circuit when he came off. He was taken to local hospital before returning home to Morecambe.

“It’s fine when I’m riding,” he says. “But it’s doing the daft stuff like mowing the lawn when it hurts.”

So that’s it for McGuinness, he has to stick to TT racing and lay off the landscaping.

Fortunately, there is no grass on the TT course. Just tarmac, and he’s pretty good on that.