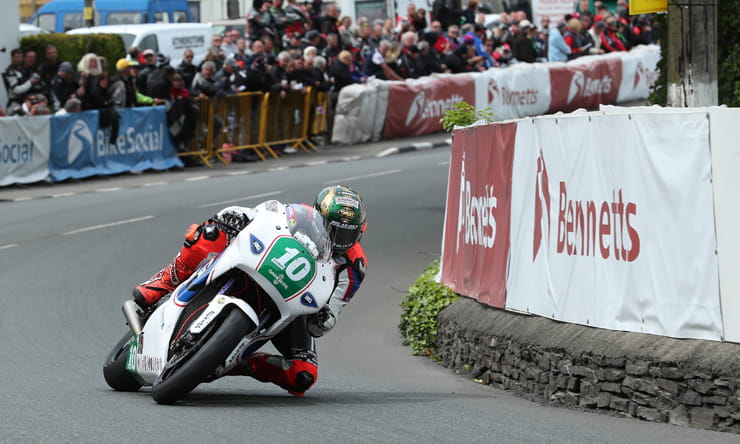 Peter Hickman, on his way to third place in the 2017 Bennetts Lightweight TT race

McGuinness, who’s first TT win was aboard a two-stroke Lightweight machine back in 1999, will be making his debut in the revamped four-stroke Supertwin class. Previous factory obligations to Honda prevented him from riding in the Lightweight TT but this year the ‘Morecombe Missile’ rides for Norton, meaning the path is clear to compete once again. 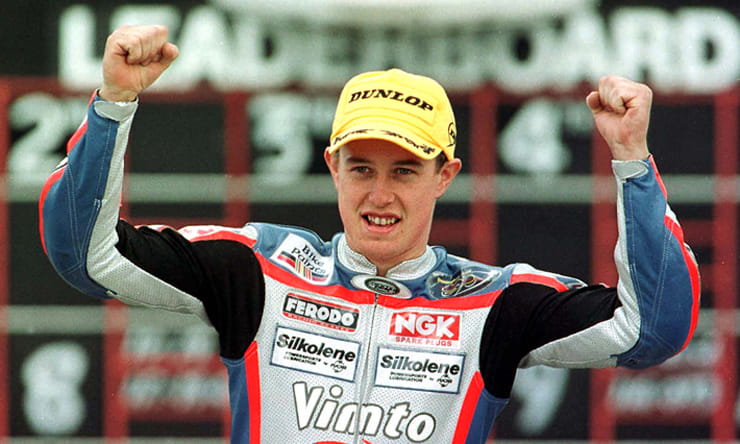 A fresh-faced McGuinness after his first TT win in 1999

McGuinness said: “I’ve never had the chance to ride the Lightweight class on a Supertwin bike before, but when the opportunity came around, I knew that my first choice would be to ride one of Ryan Farquhar’s bikes. I raced against Ryan for many years and I know how driven he is to win and his machine preparation is second to none. So when he gave me the chance to join his team for the TT I didn’t need to think twice before saying yes and I am really looking forward to making my debut.”

McGuinness might not have it all his own way this year as his team-mate Hickman finished third in last year’s race. Clocking an average speed of 119.151mph mean the Burton-on-Trent rider is the sixth fastest rider of all-time at the TT on a Supertwin machine.

TT and Bennetts British Superbike ace Hickman had this to say: “I really enjoyed riding for KMR Kawasaki last year. I didn’t have much experience of riding the bike and qualifying was ruined by the weather so we went into the race on the back foot a little bit, but it is a testament to Ryan and his team that we were able to bring the bike home on the podium. Ryan has been developing the bike through the winter and with a bit more time on it I’d like to think we can stand a step or two higher up on the podium this time around.”

Joining Hickman and McGuinness in Farquhar’s stable will be Derek McGee who makes a  return to the TT after a year absence and Danny Webb who finished in tenth place in the 2015 race. The Tunbridge Wells rider has ridden for KMR Kawasaki every year since making his TT debut in 2014.

Speaking about the deal, Ryan Farquhar said: “Over the years I’ve joked with John many times about riding one of my bikes but with his Honda contract it was never going to materialise. He has moved on from Honda and he sees the twin as giving him a realistic chance of getting back on the top step of the podium. For me, as a privateer running a small team, I am over the moon to have him and Peter Hickman on KMR/IEG Kawasaki’s.”

The Isle of Man TT races begin on 26th May and the racing concludes on the 8th June. For more information head to www.iomtt.com.