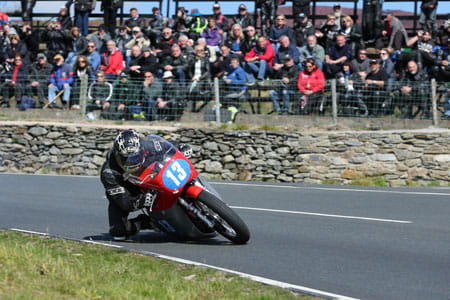 Following a 24-hour delay to the Classic TT schedule due to poor visibility on the Mountain Course yesterday, the three-lap 350cc race finally got underway at 12:00.

It was William Dunlop who led the field – having enjoyed a number of positive practice sessions aboard the Honda all week. However, team-mate Alan Oversby had taken over the mantle by Ramsey – later going on to set a 103.624mph lap record. Meanwhile, Johnston had edged his way into third on the MV. 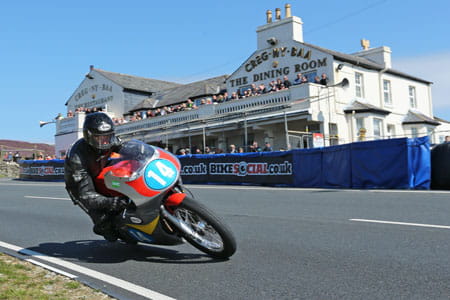 Johnston went on to be fastest through the Grandstand speed trap with 121.5mph, and managed to work his way up to second position by Glen Helen on lap two (just 6.988s behind Oversby). W. Dunlop dropped back to third. 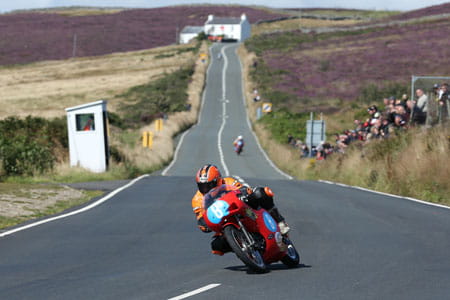 At the Ramsey Hairpin, Oversby was hanging onto his lead by just 2.393s from Johnston. However, the MV Agusta man had edged in front by the Bungalow, and, opting not to make a pit stop going into the third lap, Johnston set a new lap record of 105.239mph. 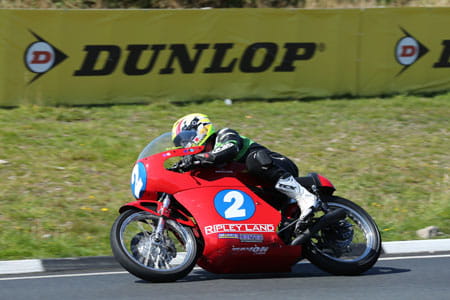 After W. Dunlop retired at Douglas Road Corner, Roy Richardson was promoted to third from Bennetts 500cc winner Ian Lougher in fourth – positions which remained constant until the chequered flag.