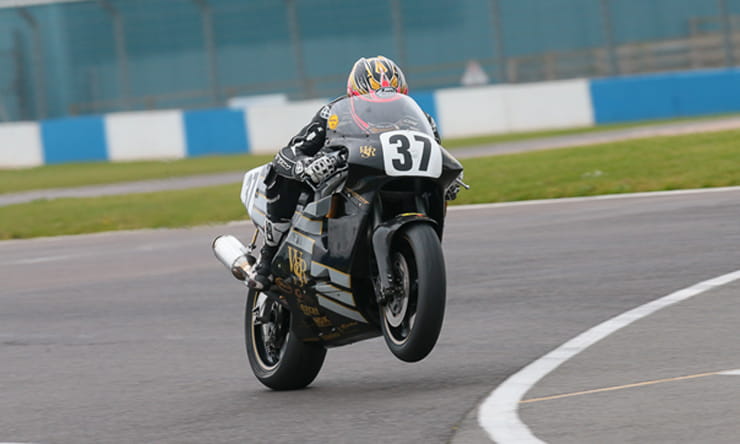 Fresh from a highly successful campaign at the 2017 Isle of Man TT Races, Josh Brookes will return to the Mountain Course next month to make his Classic TT debut.

The Australian ace, who recorded his personal best lap time around the TT course this year (130.883mph), is eager to get back over to the island and gain more invaluable laps around the 37.7-mile course.

Brookes said: “I’ve always been interested in the Rotary Norton racers from the 1990’s and love the engineering ideas that went into this truly iconic motorcycle”

“I saw the Wiz Norton guys at an event and got talking to them about the project and one thing led to another and it wasn’t long before I was testing the bike”.

“I’m really excited about making my Classic TT debut on such a fabulous motorcycle and getting some more time on the TT Mountain Course.”

Brookes has been testing the 120bhp Rotary Norton at Donington Park and is running an original specification from the era when the likes of Robert Dunlop, Trevor Nation and Ron Haslam all enjoyed success on the British-built machine.

The Classic TT gets underway on the 19th August 2017, with the Superbike Classic TT competitors taking to Bray Hill on Monday 28th August.

TT FACTS: Did you know Josh Brookes currently holds the record for the quickest ever lap by a Norton machine around the TT course?