TT 2018 | Jodie Kidd: “I’ve been to lots of MotoGPs but these guys are gladiators” 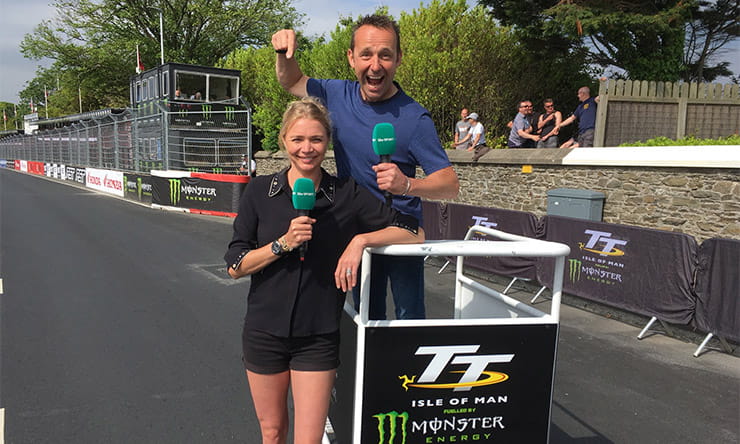 The TT’s a baptism of fire to any newcomer race fan but perhaps more so for former model and new presenter of ITV4’s TV coverage, Jodie Kidd.

On 23rd March TT organisers announced that the contract to cover the TT races was handed to Greenlight Television, taking the mantle from North One, who produced the hugely popular shows over the past nine years. With that change came a shake-up of its presenters. Gone are Steve Parrish, Jamie Whitham and Craig Doyle, in are Mat Roberts and Kidd as presenters with co-presenters and commentators Cam Donald, Steve Plater and David Moore.

But Kidd has colossal shoes to fill. Parrish and Whitham were enormously popular among race fans and the North One coverage was often hailed for putting the TT back on the multi-million viewers map.

Speaking to BikeSocial at her first TT, Ms Kidd said: “It is absolutely a baptism of fire. It’s amazing, absolutely incredible. I’ve always been into racing and I love doing things like the Millie Miglia because I’ve always loved street racing. That’s where I started racing - the Gumball 3000, doing lots of road racing.”

She said: “I’ve never been (to the TT) before but I’ve watched it. But nothing - nothing - could have prepared me from seeing a race on the TV to standing and seeing a bike go by at the bottom of Bray Hill. My jaw just hit the ground. I was like ‘WHAT’!”

Kidd believes an outsider is what’s needed to capture the sensation not just of TT racing, but also spectating. “I was up in Hillberry and it knocks you back. It’s like a sonic boom. And that is really difficult to put that across on TV. So that’s why I think our presenting crew this year works well. You’ve got Cam, you’ve got Steve and the rest of us are very much newcomers but I think it’s nice every now and again to see the excitement of someone new and open it up to a wider audience.”

The intimacy and accessibility of the TT paddock is also something that struck Kidd whose background is largely equestrian. Her father almost made it to the Olympics as a show jumper and Kidd herself played polo. Her motor-sporting activity came later in life and includes racing classic cars in the Millie Miglia, Silverstone Classic and competing in the Maserati Trofeo Series. 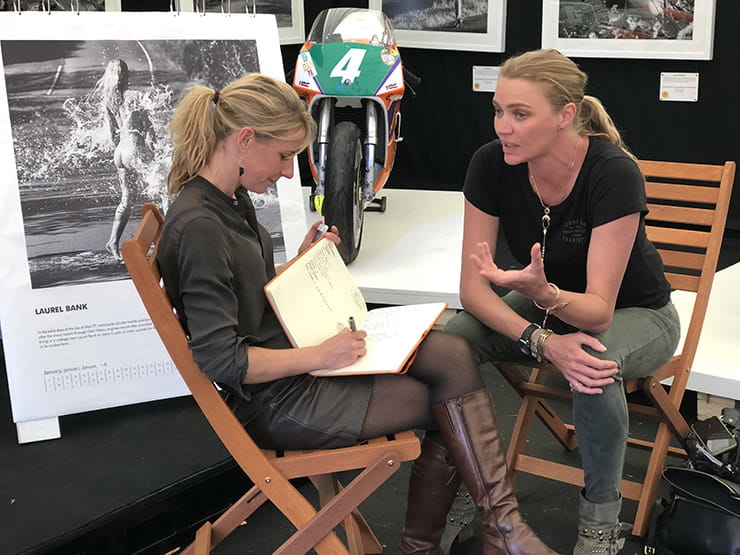 Ms Kidd with our very own Rachael Clegg

But in spite of her horse-powered hobbies, nothing could have prepared her for the TT paddock. Racing Maseratis, after all, attracts rather a different demographic to the IOM TT paddock at Nobles Park.

She said: “The proximity you get to the riders and the event is a totally unique event."

“I was amazed by how normal these riders are. We went to Conrod’s for a coffee and he served me coffee and if he’d have told me he was a TT rider I would have said ‘give over’ because he just doesn’t come across like that.”

However, there has been something of a backlash against Kidd on social media. Reviews of the first shows have been far from positive and when her role was announced in March this year fans took to Twitter to protest. In defence, the IOM TT official Twitter response read as such:

“Standard TT fan response isn’t it? We’ll all grumble and harrumph at change because we’re so used to being a minority sport we get a silo mentality. Give Jodie a year to get her feet under the desk and make her one of us and the fans will be defending her against all comers.”

But in spite of Twitter reactions Kidd expresses serious zeal for the TT and its riders. And it’s only her first week. She said: “These guys are gladiators. I’ve been to lots of MotoGPs and I’ve met the heroes out there but these guys are totally different, they really are. They are very unique and special. If I can bring a different audience and bring the enthusiasm that I have to the TV and try and replay that then that’s my job. It’s actually quite embarrassing how excited I am.”