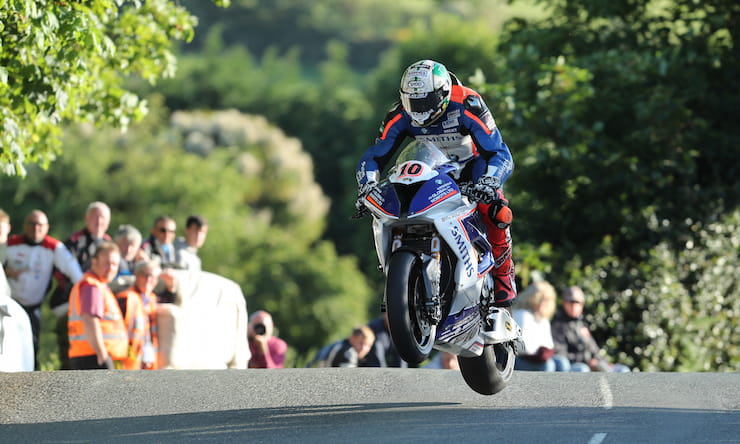 The 2017 RST Superbike TT race was a dramatic one from the word go.

Ian Hutchinson - aka the Bingley Bullet - won with a fastest lap of 128.170mph aboard his Tyco BMW, but it was far from easy. It was a race of serious lead-swapping between himself, James Hillier, Dean Harrison and Peter Hickman.

The racing was non-stop, paving the way for the biggest shake-up of the top five positions the TT has seen in a long, long time. Despite closing in on Hutchinson in the final lap, Peter Hickman would cross the line in second, with Dean Harrison bringing his Silicone Racing Kawasaki home third.

Hutchinson said after the race: “Thanks to the team who built the bike as I requested it. Dean was setting a great pace but the gaps were changing all the time and people were dropping out so I kept digging in and the digging in paid off.”

The Tyco team also won top marks for an incredible pit stop, which gave Hutchinson an even greater lead.

“That was brilliant,” said Hutchinson. “I was pretty miserable with them about it last year and they have been practising on them and it paid off.”

The drama got underway straight from the start with Guy Martin crashing his Honda Fireblade at Doran’s Bend and Michael Dunlop retiring his Bennetts Suzuki at Handley's with a technical issue. Conor Cummins, Gary Johnson and Bruce Anstey would also suffer similar technical issues to put an early end to their Superbike race. 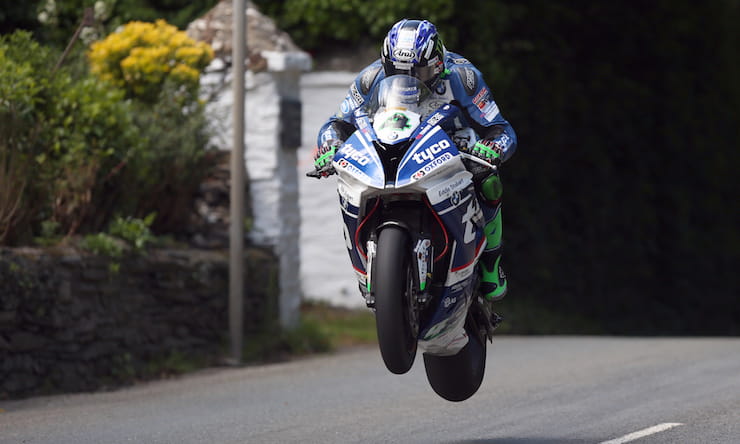 Hickman, on his Smiths Racing BMW rode a heroic race - pulling through from seventh place on lap one to second on the last lap.

After the race, a very happy Peter Hickman said: “Guy tipped off right in front of us so we slowed down for that but I’m happy. What a way to start the TT week and massive thanks to Smiths Racing Team. They did an astounding job. Massive thanks to everyone who’s ever helped me race bikes. I’m really really happy and it’s just brilliant. And I hope everyone who tipped off is alright.”

“I was my usual self on the first lap - I was seventh at Glen Helen as I tend to take my time on the big bikes and I’m always a little bit cautious. But I had pit boards for the first time and they were changing every minute.”

Dean Harrison - who also had a stint in second place on his Kawasaki - said: “I tried my best from the start. I had pit boards at Ballaugh, Sulby Bridge and Bungalow. It was spot on. From lap three I had a few few problems but I’m over the moon.”

The Superbikes are next in action on Friday 9th June, when they'll be rolled out for the iconic Senior TT.