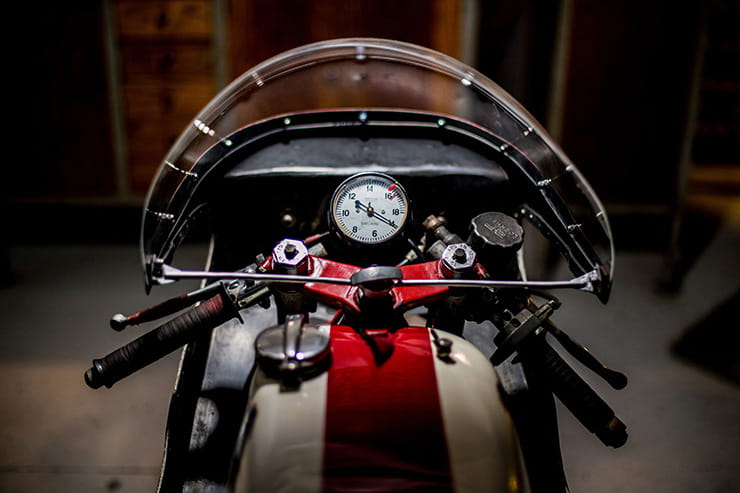 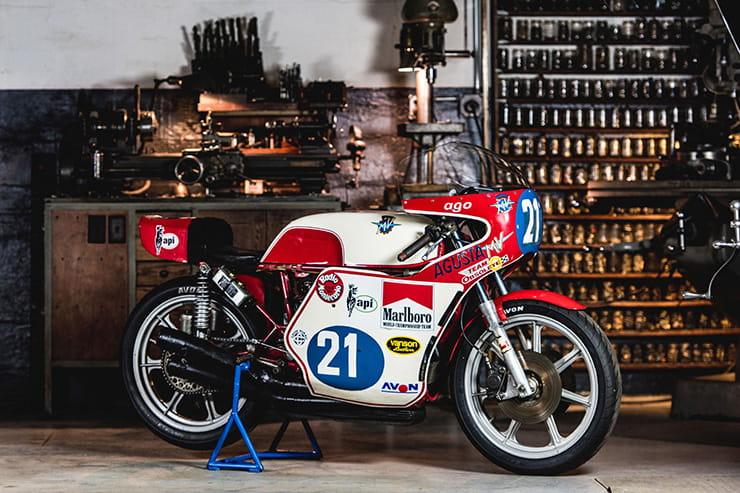 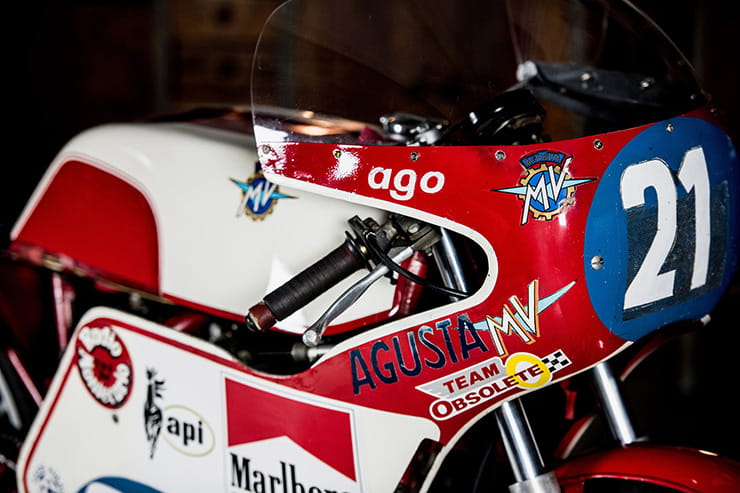 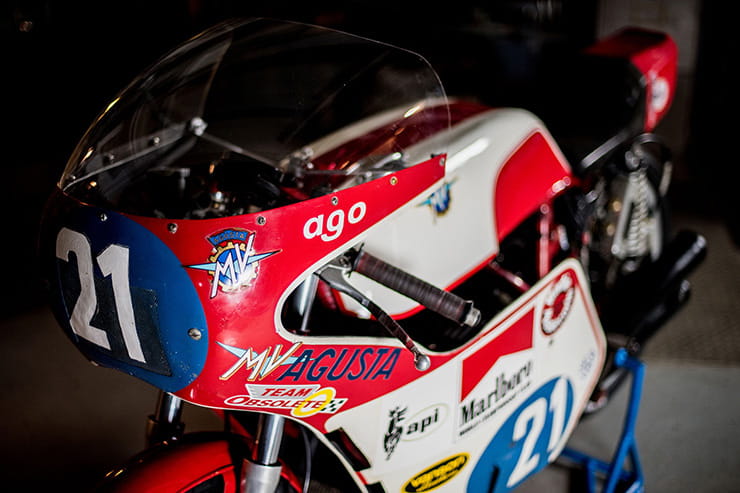 The 76-year old Italian, who has 15 world championship titles to his name, will ride the iconic Robert Iannucci owned 350cc MV Agusta ‘Quattro Cilindri’ that was first introduced in the 1972 World Championship season. The actual bike he’ll ride in the Lap of Honour at the Classic TT was raced in the 1976 season, when Agostini formed his own team with backing from tobacco company Marlboro.

When introduced, the bike had big shoes to fill - the hugely successful MV Agusta triples had won the 350cc World Championship every year from 1968 to 1973. However, during the ’76 season, it was beset with problems in the 350cc class but the highlight was undoubtedly the famous victory at the Dutch TT at Assen.  The warmer weather conditions handed a huge advantage to the air/oil cooled MV’s while the two stroke teams were forced to detune and struggled in the conditions. ‘Ago’ lead from the start of the race, and won by a margin of 24 seconds. The victory in the Dutch TT was Agostini’s final 350 race win, MV’s final 350 race win and the last time a four stroke engine won a race in the 350cc class.

Giacomo Agostini’s name is synonymous with the iconic Italian MV Augusta marque that he represented from the 1965 season, winning the 500cc World Championship seven times in a row for the Italian manufacturer. He also won six successive 350cc titles on MV’s and those 10 TT races. His career record included 62 x 500cc and 48 x 350cc Grand Prix race wins on MV Agustas.

Brooklyn based Team Obsolete owner Rob Iannucci acquired the bike from the MV Agusta Cascina Costa Racing shop in 1986 and the Team Obsolete technicians have refurbished the bike while maintaining it in its original ‘as raced’ condition.

Team Obsolete’s Rob Iannucci said: “We have been a passionate supporter of the Classic TT concept since its inception and the chance to bring back the combination of one of the greatest names in TT history and one of the most iconic marques was an opportunity we couldn’t pass up.”

Agostini will lead the field away in the Classic Racer Magazine Classic TT Lap of Honour on Monday 26th August.