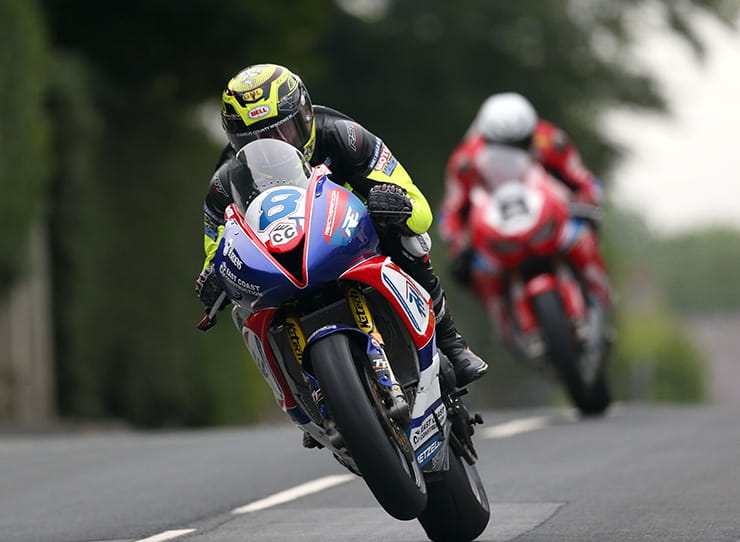 As the weather continues to disrupt the 2017 Isle of Man TT at least it gave our roving reporter, Rachael Clegg, a chance to catch up with several riders and key members of the TT organising team...

Nothing will deter Gary Johnson from riding in this year’s TT. Not even a lack of a title sponsor. This year the Lincolnshire rider is running his own team. And now, standing in his awning on the Isle of Man, he’s eager to get out on the road. Unfortunately, the Manx mist has put paid to any practice thus far, and so the pressure is on for getting the most out of the forthcoming sessions.

“It’s a shame that we’ve lost two sessions as although I am used to this place I’m not necessarily used to the bikes and they need testing out here.”

But nobody - not even the determined 36-year old, two-time Supersport winner - can control the volatile Manx weather. One thing he can control though, is his own team. He said: “It’s hard work, I’m doing everything for myself - stickers, logistics and I’ve been driving round the country for parts for weeks. But at least I am in charge of my own destiny. But I have been overworked doing it all.”

The hassle is worth it though, Johnson says: “It’s stressful but I’d rather do it this way than and know the bike’s alright than be riding a machine that’s not good enough”

Johnson will be riding the all-new GSX-R Suzuki in the Superbike, Senior and Superstock races well as continuing with Triumphs in the two Supersport races. Johnson recently purchased the East Coast Construction bikes used by Lee Johnston in 2016 and he’ll ride these - along with the other bikes - with thanks to his personal sponsors Phil Reed. And lots of help from his mum and dad. 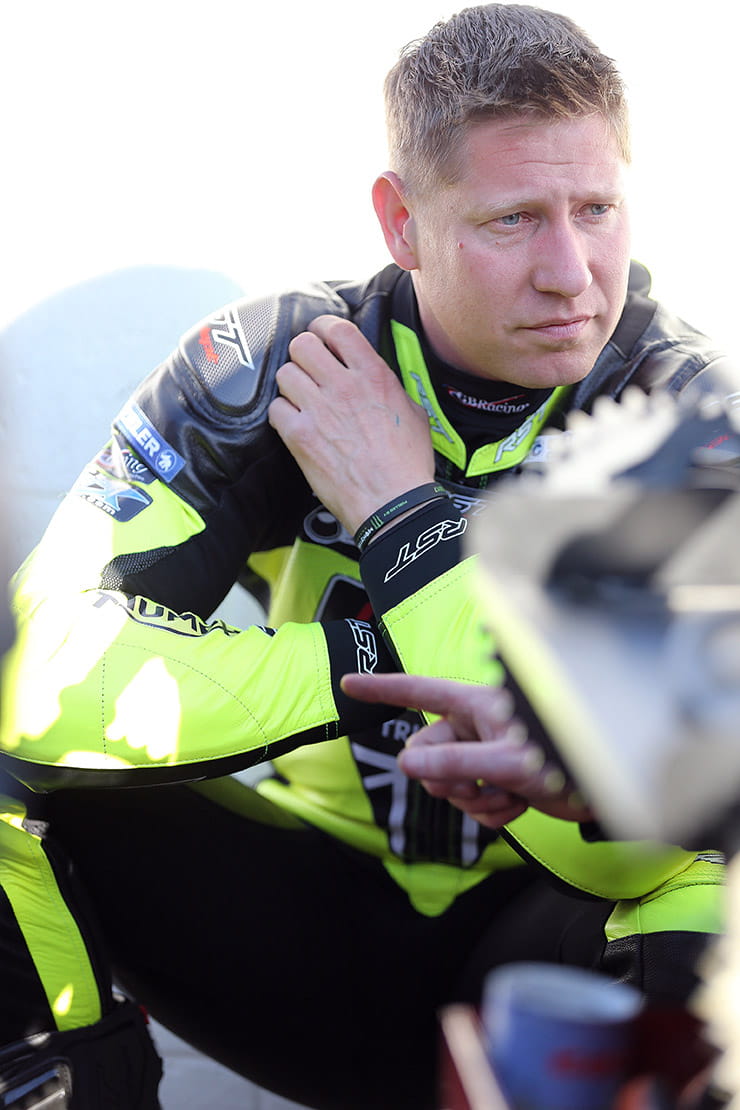 York Suzuki centre have also loaned Johnson the brand new GSX-R 1000. “That’s the one with the variable valve timing,” he said. “That bike gives me a maximum chance of doing well as it’s billed as a road bike and designed to be stable on the road and we are, after all, on roads at the TT so it should be good.”

And like the new Fireblade, the GSX-R 1000 has an ECU unit. “When it’s going alright it makes things easier but when it’s going wrong it makes things harder. But it’s a case of getting into it. It’s like starting with Windows XP when you’re used to the version from 2003 - it will take time to adjust and you won’t like it at first but eventually you get used to it. All this new technology is good and it is the way forward but they just haven’t got it quite right yet.”

But it’s not been easy managing all this as a soloist.

“The hard part is being aware of what I want in terms of a bike’s set up and what I can afford. I would have liked Steve Mellor to take care of the engines but there wasn’t enough time but I know he would have made good of it.”

He reached a compromise, however. “I decided to go all-out on the super bike and and keep the super stocker as it is - a good reliable stocker,” he said.

As for the TT he said: “This year is a weird one. It’s going to be interesting without John McGuinness. Ian Hutchinson is at the top of his game, Bruce Anstey is always fast and there’s Conor Cummins and Dean Harrison too. There are a lot of serious contenders.”

Johnson is currently the 12th fastest rider of all time around the 37.73-mile Mountain course setting an average speed of 130.945mph when riding the Penz13.com BMW in the Senior race in 2016.

For now though, it’s a case of praying for the mist to move so the lads can crack on with practice.