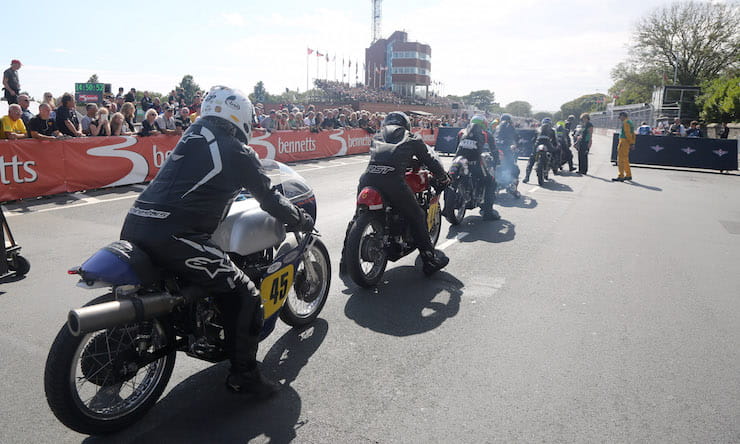 So how on earth do organisers go about writing the regulations at classic racing events?

At the Classic TT - one of the biggest classic events in the diary - the regulations are a minefield.
So, to clarify things, BikeSocial caught up with Chief Eligibility Officer, Mark George.

He said: “At the Classic TT our overall aim to have racing that’s as close as possible with as many bikes as possible crossing the finish line. We design the regulations in such a manner as to encourage bikes of a similar performance so that everyone, in theory, has a chance of doing well.”

But of course, the demands of the 37 and three quarter mile Mountain course puts strains on classic machinery. So many teams build modern machines in accordance to the regulations that bear as closer resemblance to the period motorcycle they represent as possible.

In short, these are ‘recreations’ of period machines built as closely as possible to their counterparts while enjoying the safety features of a modern bike, such as better tyres and more efficient brakes.

“Some of the original machines wouldn’t be able to finish at race at the Classic TT, and many of these machines are also extremely rare, so the risk of damaging them is too great. So, we have to be reasonable and flexible with things,” says Mark.

“No-one can magically re-create history and pull together such a diverse mix of classic motorcycles and expect to please everyone, but I think we get the balance about right, blending the practical needs of contemporary riders with a classic spectacle that the public can appreciate.”

“For example,” he says, “the 1980s magnesium alloys used for wheels were designed to be durable and lightweight but it is doubtful they were designed with the expectation of being raced decades later. So, we want a wheel that looks similar.”

Indeed, looks are a major factor at the Classic TT.

“If it looks right, it’s probably going to be alright unless the machine has a significant advantage over its competitors.”

“All in all, we want the machines to look right - because this is a classic spectacle at the end of the day - and cross the finish line.”

To cross the finish line, and safely, machines can use modern ignitions, modern brakes and better tyres. Mark explained that they have tried not to keep changing the rules so that there is some consistency for people to build and develop machines, but sometimes teams and riders make valuable suggestions that can help benefit the event as a whole.

“Fuel, for example, is something we’ve looked into,” says Mark. “We’ve just made it so that teams can run on 110 octane fuel as this will help the two strokes significantly. We also allow machines to run on Avgas. We had to change that because the two strokes are otherwise on edge once they’re up on the mountain, the teams running those machines needed flexibility on the fuel grade.” 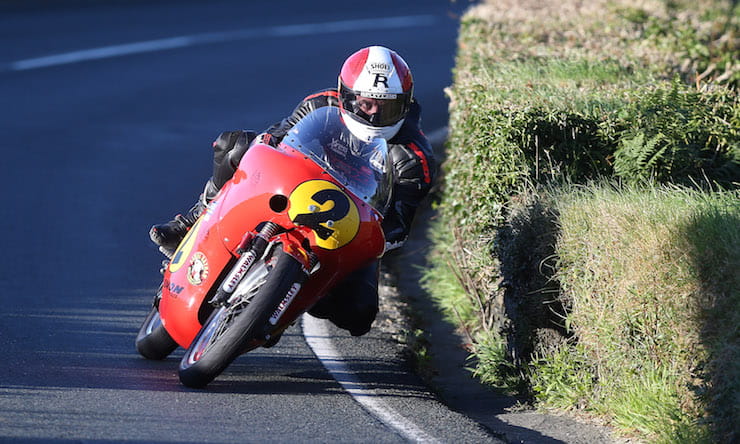 But while rules are agile and adaptable, they also must remain consistent. “We can’t change things too much because people build bikes especially for the event and we need them to be eligible for the next year,” he says. “It really is more complicated than people think.”

Racing at the Classic TT is split into two camps, according to Mark. “There are the Classic machines, which are pre-1972, and the post Classic, which are 1972 up to 1992.”

The post classic category includes the Superbike race, in which the likes of Michael Dunlop will compete. But even that requires nuanced rules.

“The pre-1986 bikes have bigger engines but after 1986 and up to 1992 the machines benefitted from later technology. They were also lighter, braked and handled better and were generally more powerful. So, the bigger capacity engines of the pre-1986 bikes compensate by having more power compared with the post ’86 bikes.”

Flexibility aside, rules are rules. Last year some teams were disqualified for having larger capacity engines than that permitted for the class of race.

However, organisers can be lenient if the machine enhances the spectacle of the event though Paul Phillips - motorsport manager for the Isle of Man Government’s Department of Economic Development, said: “All the machines have to comply with the regulations unless pre-event dispensation has been requested and granted by the Race Management Team. For 2017, nobody has made such a request.”

But with these regulations comes close, consistent racing. And that, after all, is what we’re all after.