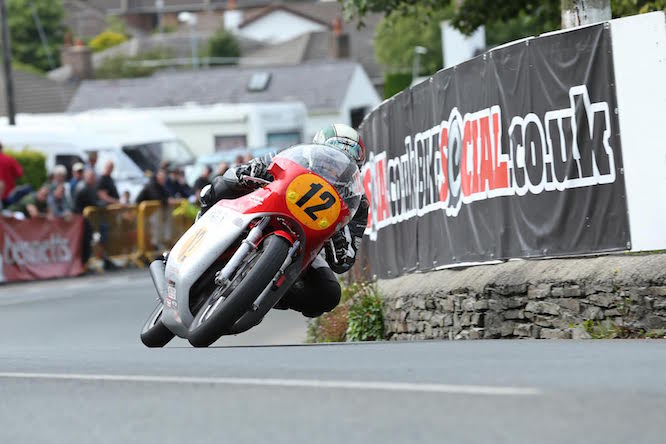 Dean Harrison blasted to victory through a field of one, two, three and four cylinder machines in the Bennetts 500cc Classic TT race today.

The Yorkshire rider finished with a 26-second lead ahead of Ian ‘Lucky’ Lougher and a 0.4 second lead on Lee Johnston.

But the race wasn’t so close at the start. Harrison, on an 1967 MV Agusta with MV Mechanica Verghera Racing, had a 15.88 upped his pace and reduced the gap, beating Harrison’s lap time by a second.

Lougher said: “I was dicing with Dean on the mountain towards the end of the race and that was great. The Paton and the MV are very similar machines in terms of power and that made it a really good race.”

Harrison said: “The MV never missed a beat and I just rode it how I felt all the way around.” 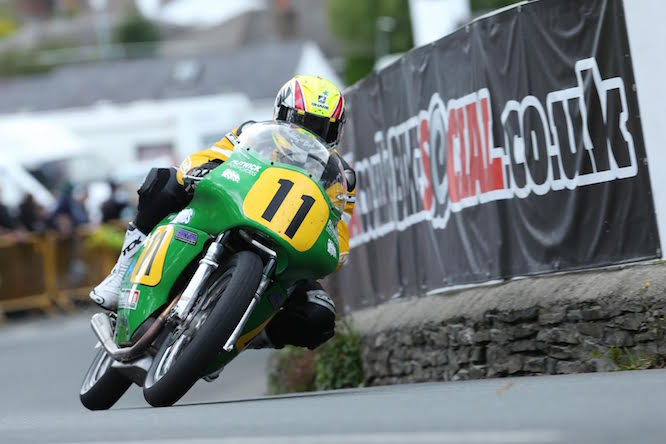 Harrison - one of the Mountain Course’s rising stars - said: “A bike’s a bike at the end of the day, whether it’s a modern bike or a classic machine but you have to respect it.”

Lougher, though a TT veteran, hadn’t raced a motorbike since April this year. He said: “A lot of the lads are top TT riders and have recently raced here but I retired from TT racing two years ago.”

The line-up of machines in the Bennetts-sponsored race is the stuff of a classic motorcycle enthusiasts’ dream, among the bikes on the grid were BSAs, Matchlesses, Royal Enfields,

Patons, Hondas, Nortons and Drixtons. Lougher said: “It’s not like the TT and it is more a fun thing than a serious race but at the same time you still want to win. The only difference I’m not going to power through a wall for the sake of it.”

John McGuinness had taken the early lead but was forced to retire.