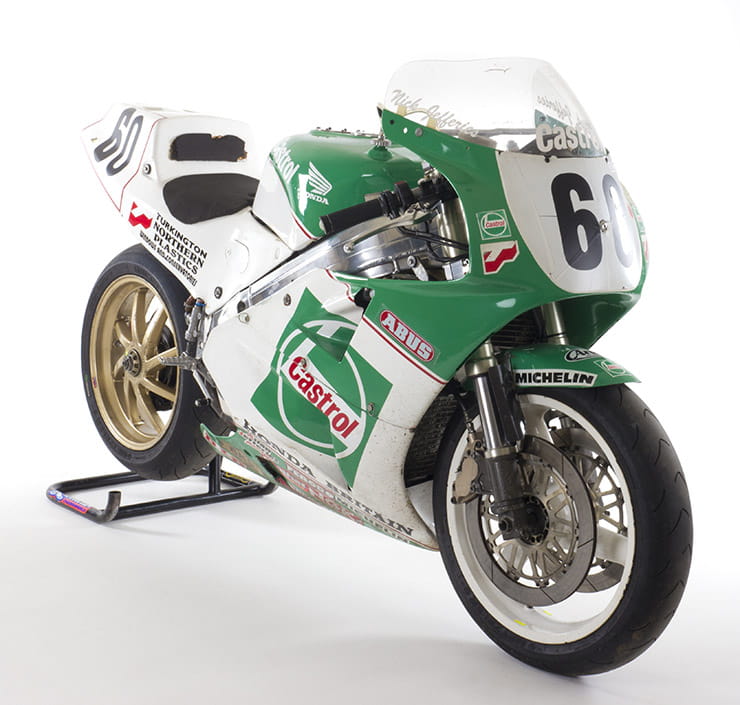 A spectacular collection of RC30 Honda’s will assemble as part of the 30th anniversary of the all-conquering V4 is celebrated at the Isle of Man Classic TT presented by Bennetts.

One of the most iconic motorcycles of its generation will be celebrated at this Classic TT with a stunning collection of the machines being assembled in a pop-up museum in the heart of the Classic TT Paddock. And over 30 RC30 Honda’s will take to the Mountain Course on Monday 27th August as well in the Classic Racer Magazine Classic TT Lap of Honour.

The RC30 is inextricably linked to the history of the Isle of Man TT Races and made its mark from the outset in the 1988 Formula One TT Race which Joey Dunlop won on an early version of the bike, setting an outright lap record in the process.

Originally, the bike was released in Japan in 1987 but only came to Europe in 1988 and made an instant impact when Fred Merkel won the inaugural Superbike World championship riders and manufacturers title, which he repeated the following year.

Many of the bikes that will be on the Isle of Man for the celebration were ridden by some of the greatest names in the sport including 26-time TT Race winner Joey Dunlop, Steve Hislop, Phillip McCallen, Carl Fogarty and Freddie Spencer.

Other machines include bikes that Nick Jefferies, Steve Ward, Johnny Rea, Alan Bennallick, Kenny Irons and Australian Mal Campbell all raced successfully on during their careers at prestigious meetings around the world. Five factory NLOB RC30’s, formerly ridden by Dunlop, Fogarty, McCallen and Jefferies in either Castrol or Silkolene colours and Hislop’s 1988 Production RC30 Honda will also feature.

Steve Ward’s machines from 1988 and 1993 will be part of the paddock display. The Leeds rider achieved third place finishes in both the Formula One and Senior Races in the latter year, while the GT Motorcycles RC30 regularly campaigned by Alan Bennallick is another Honda RC30 that will form part of the celebrations. Spencer’s Two Brothers Racing Honda RC30 that the triple World Champion rode in the AMA Superbike Championship is also in the exhibition.

In addition a number of RC30’s ridden in the World Endurance Championship will be on display including the 1989 Dholda Honda, an ex-Mal Campbell Moriwaki machine, also from 1989, that the Australian took to third in that year’s Suzuka 8-Hour and the Team Bike and That’s Racing machines that won and finished on the podium respectively at the Le Mans 24 Hour race as well as taking podium finishes elsewhere.

The free to enter Honda RC30 30th Anniversary Pop Up Museum curated by the Honda RC30 Owners Club, will be open from Friday 24th to Monday 27th August in the Classic TT Paddock.

Classic TT Grandstand tickets are available now starting from £5 with race day tickets priced at £30. VIP experiences, tickets for the Classic TT Party on Saturday 25th August and the RST Classic TT Heroes Dinner on Sunday 26th August are all available to buy now at iomtt.com or via the sales hotline on (00 44) (0) 1624 640011.