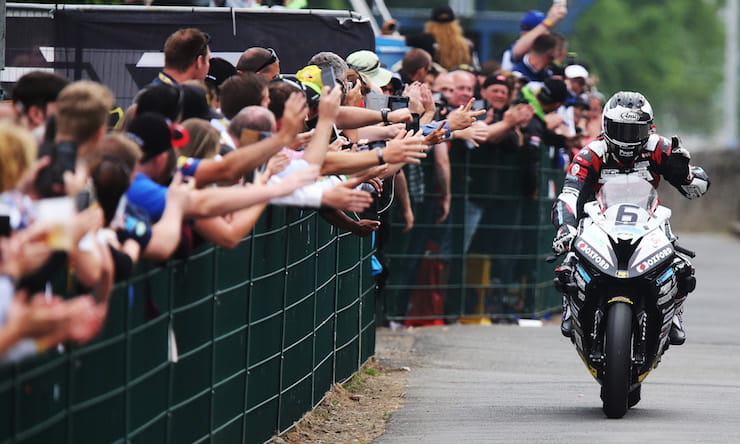 The Isle of Man TT start list has been revealed for this year and boasts a staggering 52 TT victories and 140 podium finishes across the entire field.

Manxman Conor Cummins has the honour of leading the bikes down Glencrutchery Road for the first time in his career. With James Hillier starting at number two and ‘The Blade’ Michael Rutter on his BMW in third.

Ian Hutchinson (4) and Michael Dunlop (6) are set to renew their fierce rivalry again this year, separated on the road by Dean Harrison who will start fifth.

A big question mark still remains over Hutchinson’s fitness and although Dunlop is the favourite to add to his 15 wins, never count out the Bingley Bullet over the Mountain Course.

Gary Johnson (7) and David Johnson (9) are next up, with Peter Hickman retaining the number ten plate that served him well in 2017.

In John McGuinness’s absence, the Norton challenge this year will come from Josh Brookes who lines up at number 11, with Martin Jessop 12th and Honda’s Lee Johnston in 13th.

Racing gets underway on the island on Saturday 2nd June and BikeSocial will be on the island to bring you all the latest news and updates.