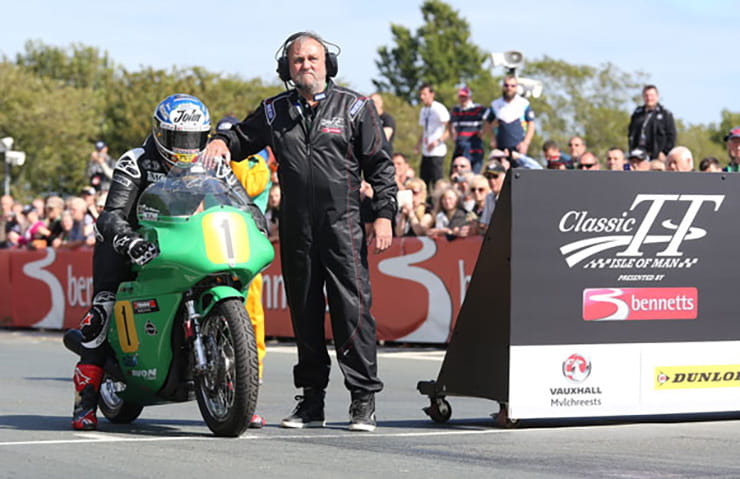 The King of the Mountain is back. 23-time TT winner, John McGuinness is set to make his competitive road racing return when he starts in the coveted number one spot at the Bennetts Classic TT Senior Race on Saturday 25th August.

An 80-strong grid provides the competition for the four-lap race which sees McGuinness return to race action for the first time since his dreadful accident at the North West 200 in May 2017 where he suffered vertebrae, rib and leg fractures, the latter requiring almost 12 months in an external fixator.

Recent riding appearances for a parade lap on the Norton SG7 at the Isle of Man TT last month followed by several runs up the Goodwood hill at the Festival of Speed are the only representations McGuinness has experienced on two wheels in what will be more than 15 months since the crash once he lines up at the head of the field on the Glencrutchery Road. 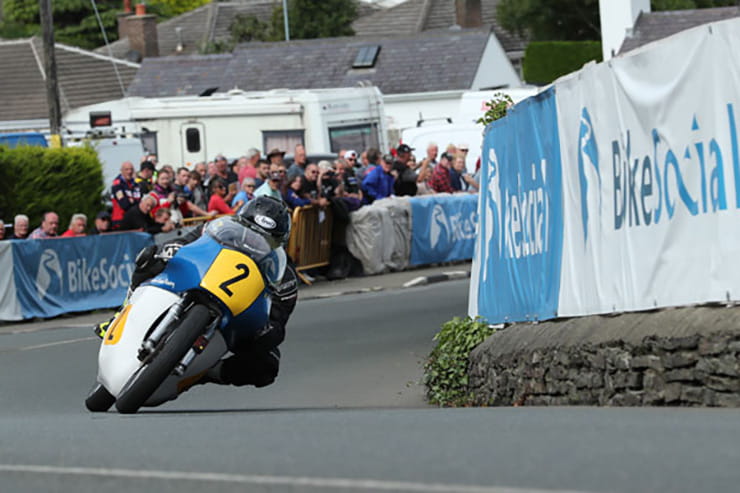 Ten seconds behind McGuinness will come Alan Oversby on the Davies Motorsport Honda with Jamie Coward, last year’s runner-up, on the Ted Woof/Craven Manx Norton starting at three. Last year Coward managed to break the lap record for the fastest ever lap on a British single-cylinder machine.

One of the favourites for victory is the 2014 Senior Classic TT winner and ten-time TT winner Ian Lougher who goes off at five on the John Chapman Racing MV Agusta while other names to look out for are Oversby’s team mates Dominic Herbertson at eight and Lee Johnston at 13. Olie Linsdell won the race in 2013 and goes off at nine on the Flitwick Motorcycles/Steve Bond Royal Enfield with Maria Costello, third in 2016 and fourth last year, mounted on the Team Beugger Racing Paton and starting at ten.

Josh Daley, Matt Mylchreest, Barry Lee Evans and Dean Osborne are amongst the debutantes in the four-lap race which is scheduled to get underway at 11.00am on Saturday 25th August.     Classic TT Grandstand tickets are still available from £5 with race day tickets priced at £30. VIP experiences, tickets for the Classic TT Party on Saturday 25th August and the RST Classic TT Heroes Dinner on Sunday 26th August are all available to buy now at iomtt.com 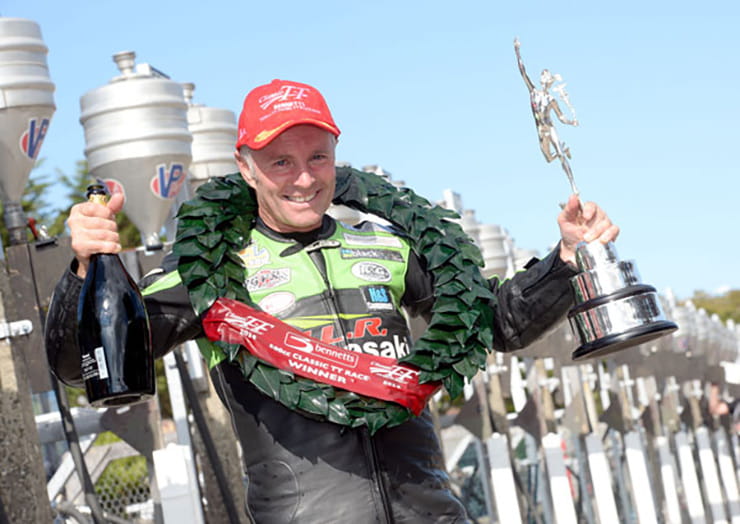