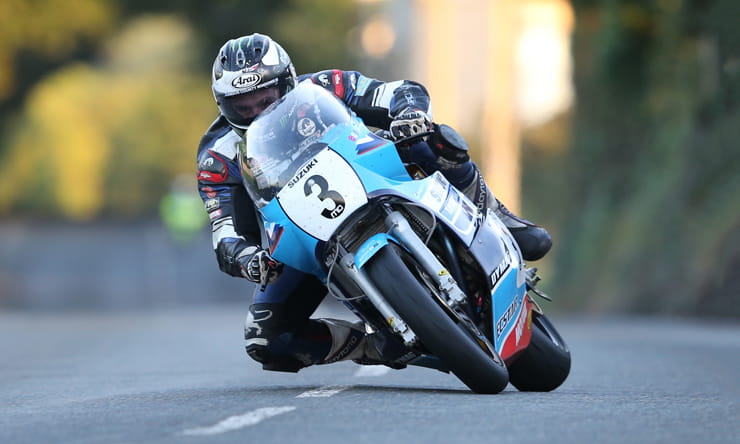 Team Classic Suzuki will have a three-rider assault on the 2017 Classic TT Races presented by Bennetts with team owner Steve Wheatman having signed a formidable looking line-up of Michael Dunlop (pictured above), Lee Johnston and Danny Webb for the Motorsport Merchandise Superbike Classic TT Race.

All three riders will ride identically-prepared GSXR1100 Suzuki-powered XR69’s in the four lap race which will take place on Bank Holiday Monday, August 28th with Dunlop hoping to make it three wins in a row and four in total at the event.

The 15-times TT winner took victory in the inaugural event in 2013 before retiring in 2014 but he bounced back to take victory in both 2015 and 2016, setting a new lap record last year with a stunning speed of 126.808mph. With that kind of pedigree, he goes into this year’s race as the red-hot favourite for the win although an incredibly strong entry means nothing is guaranteed. 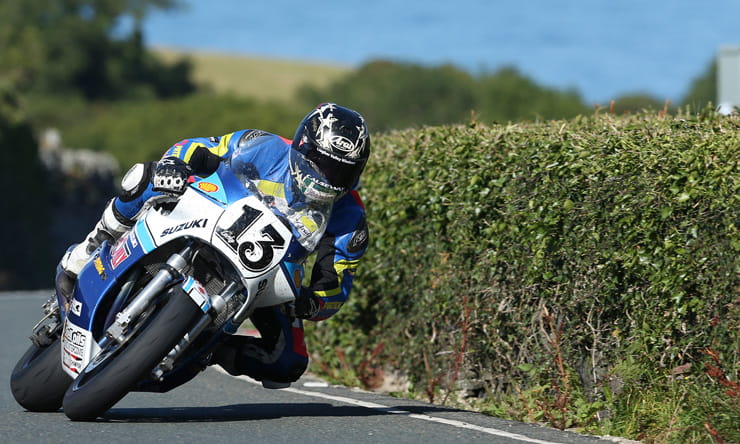 He’s joined on the immaculately prepared Suzuki’s by fellow Northern Irishman Johnston (pictured below) who is eagerly looking forward to making his return to the Classic TT having missed last year’s event, as well as this year’s TT Races, due to injury. The now Hull-based rider took fifth in 2014 and seventh in 2015 whilst he’s also lapped at 123.636mph so, with a victory already to his name in the Junior Classic TT Race, he’ll be hoping to add the Superbike title to his list of considerable achievements around the Mountain Course. 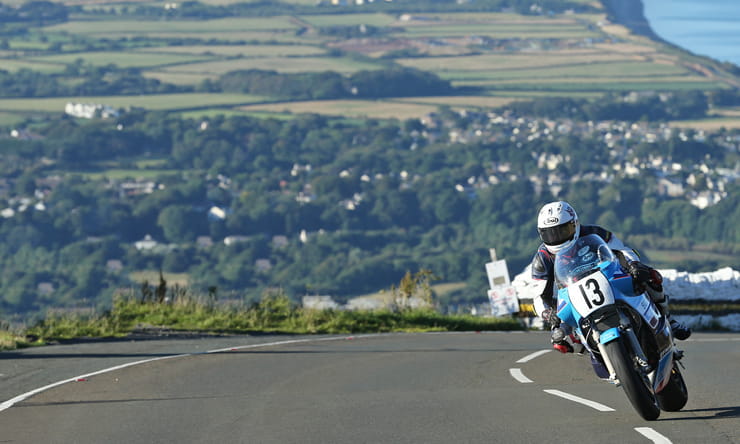 Completing the line-up is former 125cc and Moto3 World Championship contender Danny Webb who aims to be fully fit after a crash at Laurel Bank during qualifying for this year’s Isle of Man TT Races left him nursing a dislocated shoulder and back injuries. The 26-year old was part of the squad in 2016 and lapped at 121.289mph on his way to an impressive sixth place.

Dunlop may start as the race favourite but such is the strength of the squad, both Johnston and Webb have every chance of joining him in the top three and making it an all Team Classic Suzuki podium.

Team owner Steve Wheatman commenting on his line up for the 2017 Classic TT said:

“The Classic TT has quickly turned into a prestigious event with a high quality entry, so we expect a very hard challenge from the rest of the opposition in the Superbike Race. In Michael we have a consistent race winner and he will be looking to add to his win tally and we will be providing him a bike capable of doing that. Lee and Danny are both coming off the back of injuries from the TT, but both expect to be fully fit in time and we know they are both capable of featuring at the front of the race.”